• Memphis-based country-punk crew Lucero just dropped their 12th full-length since they debuted in 2000. It’s called Among the Ghosts, and it was co-produced and engineered by Grammy Award-winner Matt Ross-Spang (Jason Isbell, Margo Price, Drive-by Truckers).

Like what you hear? Pick up your tickets to see Lucero LIVE this Tuesday night at the Wilma. 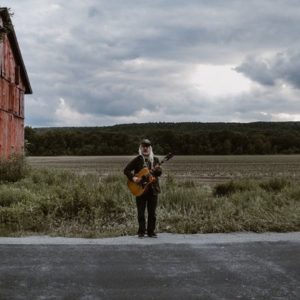 Learn more about the five-piece and their latest work in this Missoulian expose from last week.

But in the meantime, we really enjoyed our introduction to frontman J. Mascis‘ solo record, Elastic Days, during a New Tracks event over the summer. So we’ll dip in again.

Elastic Days is Mascis’ third solo album and is getting some pretty solid reviews from folks who like how he’s blended his electric guitar-soloing skills with some stripped-down acoustic work.

“He also sounds more confident than he’s ever been outside of Dinosaur Jr., placing more of an emphasis on his lyrics and putting his famous drawl more front and center than ever, never once hiding behind his backing instrumentals,” writes Paste Magazine’s Steven Edelstone in his review.

• We were sad to hear of the loss of former Deerhunter bassist Josh Fauver, who died last week of undisclosed reasons.

Fauver, who was with the Atlanta-based rock crew from 2005-12, is actually the second bassist to leave us a little too early – Justin Bosworth died of head injuries in a skateboarding accident after the band dropped its debut EP in 2004.

Nevertheless, the band’s current incarnation has been hard at work on the eighth LP, and finally we have a Jan. 18 release date.

The 10-track album is called Why Hasn’t Everything Already Disappeared? and it marks Deerhunter’s first formal release since 2005’s Fading Frontier. It’s described by the band as “a science fiction album about the present”. 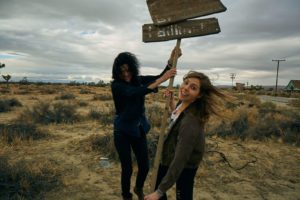 • Established artists Maia Sharp and Anna Schulze have collaborated on a new project, and their first album dropped just this past September.

They’re calling themselves Roscoe & Etta after their guitars, and the 11-track effort is titled the same.

Sharp is celebrated mostly for her songwriting skills, with some pretty big acts – The Dixie Chicks, Bonnie Raitt, Trisha Yearwood – buying into her songs. The LA native has seven solo releases to her name, as well as a collaborative project with Art Garfunkel and Buddy Mondlock.

Shulze is also celebrated for her songwriting finesse, with her work appearing in the Oscar-winning documentary “Icarus” as well as in Carmelo Anthony’s “This is Melo”. Like Sharp, she also knows her way around the studio, having released five solo albums.

For more, check out this album review in No Depression.

• And finally, we’ll close ‘er down with the sophomore release from Night Marcher.

The moniker of Salt Lake City pscyh-pop artist Rob Reinfurt, Us & Them is described by the artist as “Beatles meet Radiohead.” The 11 track effort – the follow-up to his 2016 debut, Modern Maze – is due Nov. 16.