Some of our most well aged bands thrive by pulling on the nostalgia strings of their fans.

Others work tirelessly to reinvent themselves with each new album.

Somewhere between the two lies the Pixies.

Now on their third (or is it fourth?) reinvention, the 1986 alternative rock band is back with new material and another opportunity for us to romance to our children why this band is one of the most important of our generations. 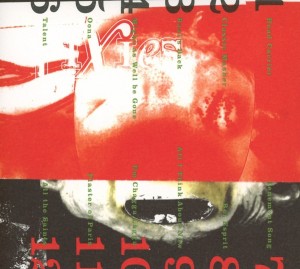 Reviews of the Boston group’s new album, Head Carrier (due Oct. 30) are mixed – with some lambasting the group for continuing on despite the departure of bassist and founding member Kim Deal.

Oh yeah – and the music? More than one reviewer extolled the band for finding that fine line of reinvention and romantic recall of that which thrust them into our hearts and brains in the first place.

“The best moments on Head Carrier are where the band explicitly reference their past: the crunchy, almost bone-crushing riff on the title riff, that famous guttural scream on Baal’s back and, best of all, the fizzling energy of Um Chagga Lagga, which genuinely stands alongside the best of their back catalog,” writes John Murphy of musicOMH.

Lead singer Frank Black himself described the album as having “a bit of early-Pixies slosh in it” and compared it to their 1989 classic, Doolittle.

We haven’t heard the album in full yet, but we’ll be featuring its first single today as part of New Tracks on the Trail.

In the meantime, you can put it all in perspective with this AMAZING comprehensive historical narrative of the Pixies published last month by Consequence of Sound.

-Paul Simon: Another track from the American folk rock singer/songwriter’s 13th studio album, Stranger to Stranger. Released in June, the album marks the 74-year-old legend’s highest-ever debut on the Billboard 200 (No. 3), and Pitchfork called it “the best of his post-Graceland solo career.” 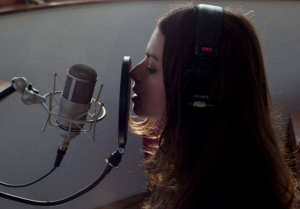 Due No. 14, the album is called Until the Hunter, and it marks the dream-pop duo’s first release since 2009.

A highlight is the album’s second single, “Let Me Get There”, which features Kurt Vile. Check out the music video HERE.

-Andrew McMahon in the Wilderness: A teaser single from the alt-pop icon’s yet-to-be titled album set for 2017 release. The new track marks the former Jack’s Mannequin/Something Corporate leader’s follow-up to his self-titled 2014 debut, which featured the beloved “Cecilia and the Satellite”

-Barns Courtney: The English singer/songwriter’s contribution to the upcoming The Founder movie soundtrack, due in December.

Courtney, former Sleeper Cell and Dive Bella Dive frontman, rocketed to the limelight with his solo song “Fire” in 2015. AllMusic describes his sound as “a split between Ed Sheeran’s sensitivity, the big-footed stomp of early Mumford & Sons and a keen moodiness.”

Courtney is currently crisscrossing the U.S. in support of Tom Odell and will head out again in November to support Firtz and the Tantrums.

There ya have it – another Tuesday, another great rendition of New Tracks on the Trail! Big thanks as usual to Rockin’ Rudy’s for sponsoring this awesome weekly feature!