Things may finally be looking up for rock and roll.

Just four months after we groaned about Imagine Dragons’ new status as longest-charting rock band of at least the past decade, they’ve finally been dethroned by a band we like.

You, know, ‘cuz it’s all about us and stuff. 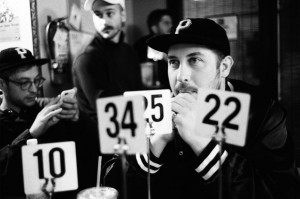 The surprise band in question is Portugal. The Man, which finally – eight albums into their career – found some mainstream traction with their latest full-length, Woodstock.

We can’t get enough of the album’s second single, “Feel It Still,” and apparently we’re not alone: Weeks after reaching the top spot on both the Billboard alternative and hot rock charts, it’s now also cracked the Top 10 for the more all-encompasing Billboard Hot 1oo.

These are no small feats, our friends, especially when it comes to the rock chart, which had been dominated by Imagine Dragons’ “Believer” for – get this – 29 straight weeks, the second-longest streak in the chart’s history.

Now the Wasilla, Alaska, five-piece behind “the most surprising hit of 2017” is back with their third single off Woodstock, and we’ll feature it all throughout the day Tuesday as part of our weekly New Tracks on the Trail segment.

• While some bands wait eight albums to find mass appeal, others seemingly grab us overnight. 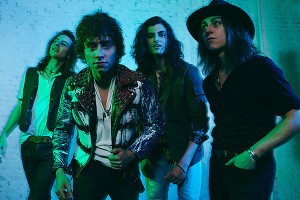 The track – one of four included on the band’s debut EP, Black Smoke Rising – was featured on the Showtime show Shameless and has brought about comparisons to Led Zeppelin.

Check out the story behind Great Van Fleet HERE.

Now, four months later – and just one day after the album’s official release – we’ll celebrate with Single No. 2.

“Pills” – which was co-written by fun. guitarist Jack Antonoff – is a, well, fun track, described by NRP as a “shattered-mirror ball of sound”.

The art-rock distortionist also known as Annie Clark is currently on tour in Europe, with U.S. leg set to kick off in November.

His name is Diego Garcia, but you probably know him better as the frontman for former New York indie rock group Elefant. 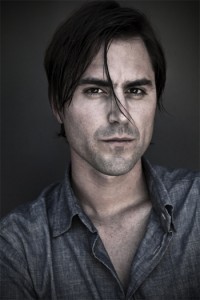 After a four-year hiatus, in which the Argentinian American got married and had a child, Garcia has returned with a new single. No plans for a full-length, however – at least not yet.

“Maybe we can just keep this conversation going as I put out music, but there is no big plan here,” Garcia told Billboard Magazine’s Nicole Pajer. “I am just taking it as it goes. It’s the first time in my life with music where I don’t have any world domination goals.”

• And finally, the multi-instrumentalist Jason Crosby released his debut album on the Blue Rose Music label in late September.

The album is titled Cryptologic, and it fits perfectly with Crosby’s repertoire as a “musician’s musician, a consummate pro, a bad improviser.” We’ll feature its first single.

For more on Crosby’s latest work, check out this great interview on Icon vs. Icon.