The best thing about local commercial radio is we have the luxury of attending to both of your needs.

We’ve got access to the music past and present from your favorite world-famous recording artists; but if somebody local is making a good crack at it, we’ve got space for them as well. 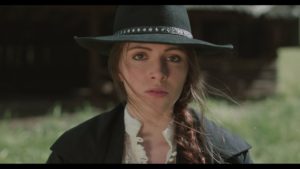 That’s exactly what’s going on this week when we re-introduce Maiah Wynne to her old hometown audience. Now based in Portland, the Hellgate grad will release a new single featuring Missoula cellist Bethany Joyce later this month. October 19, for those who like specificity.

For those of you who aren’t familiar with Wynne and her multi-instrumental prowess, the 21-year-old took 2nd place at the 2018 Museum of pop Culture & KEXP’s “Sound Off” competition in Seattle and accompanied Portland Cello Project last May at the Top Hat.

Check out the Missoula’s feature on Wynne from that event HERE, and then tune in all day Tuesday as we premiere Wynne and Joyce’s latest work to Trail audiences all day Tuesday for New Tracks on the Trail!

• We hit you off with the first single from North Carolina-based indie rock band Rainbow Kitten Surprise back in April. That was “Fever Pitch”, and it was the perfect introduction for their live show at the Wilma the following month.

Now we’re dipping back into the band’s fourth studio release, How to: Friend, Love, Freefall, just because we feel like it. Hopefully, after you hear it, you’ll understand why.

The Prophet Speaks will feature eight covers of classic R&B, blues and jazz standards along with six Morrison originals.

The album also continues a streak of creative fertility for the Northern Ireland singer/songwriter – marking his fourth studio release in just 18 months’ time. 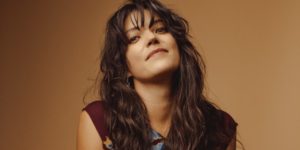 “It was important for me to get back to recording new music as well as doing some of the blues material that has inspired me from the beginning,” Morrison said in a statement announcing the release. “Writing songs and making music is what I do, and working with great musicians makes it all the more enjoyable.”

Slated for release in January, the album marks Van Etten’s first release since 2014’s Are We There – a time she spent acting, going to school and starting a family.

• While the politics of sex and gender continue to play out on your TV screen, they’ll also be rocking the Trail airwaves this week with the introduction of Keb’ Mo‘s new standalone single.

As if the title didn’t give it away “Put a Woman in Charge” is a feminist leaning request for a change of direction in who’s making the decisions.

“‘Put a Women in Charge’ is about trying something else,” Mo’ said in a press release. “There have been a lot of great achievements made by men or by the masculine, but maybe, just maybe, we’ve gotten too comfortable with the imbalance of men in power and have fallen short by not listening and embracing what women have to offer when they lead.

It features guest vocals from Rosanne Cash, who will release her first album in four years this fall.