In case you missed it, the Missoulian last week published an interesting story about the Gourds‘ bassist Jimmy Smith and his recent move from Austin, Texas, to Missoula.

The piece listed a number of ways Smith w 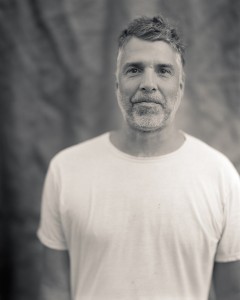 as connected to his new hometown before he even bought a house: The Gourds’ performances at River City Roots Festival in 2010 and again in 2013, a documentary about the band from Missoula filmmaker Doug Hawes-Davis, to name a few.

“Jimmy Smith has played in Missoula so many times you’d be forgiven for thinking he lived here part-time,” the author, Cory Walsh, wrote.

Well, now he lives here full-time, and he’s brought his musical inclinations with him.

Smith’s one-man band, the Jimmy Smith System, will hit the stage at Charlie B’s for what we hope is a long string of live music from the talented groover.

Read the full Missoulian article HERE and then get down to Charlie’s tonight at 8:30 pm for the free show!

And in the meantime, check out this archival footage of Smith and crew performing downtown at Roots Fest 2010: