One of my earliest radio memories is of watching the DJs at KGLT in Bozeman through the viewing window. I was fascinated by the equipment, the posters and wall art and of course the music. I would go home and use my family’s old reel-to-reel tape deck to record my own radio shows.

My freshman year in college at MSU found me behind the 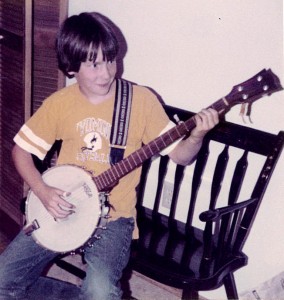 microphone at KGLT as a volunteer DJ. There was a lot of talent on the roster at the time, including Sarah Vowell, Chrysti the Wordsmith and the late Phil Charles. The station was instrumental in introducing alternative and then-unknown bands like REM, U2, B-52’s, Hüsker Dü, The Clash, The Cure, The Replacements, Violent Femmes, Smithereens, Red Hot Chili Peppers, The Stone Roses, etc., to Bozeman.

Hearing KMMS the Moose in Bozeman turn on for the first time in 1991 was a revolution not only for the local radio market but for my idea of being a professional DJ at some point.  This was the sound of music lovers as live DJs drawing from an expansive library of music.  As it turned out, Dave Cowan (the original general manager at the Trail 103.3) was the creative force behind the Moose.

Like many in Missoula I was overjoyed when the Trail went on the air. Having spent some time working at commercial stations that were run by consultants, with limited and uninteresting pop music, I could only dream of a position at the Trail. 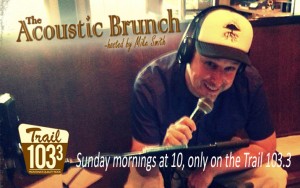 But dreams came true in 2007, and since then I have held many positions here, including afternoon DJ, Morning Show co-host, production, promotions and now sales. I continue to work on-air each Sunday as host of the Acoustic Brunch, which is inspired by my childhood memories of going to bluegrass festivals and shows with my parents and hearing the genre both live and on vinyl in our home.

Some of the highlights of my time at the Trail have been emceeing River City Roots Fest, interviewing well known musicians and public figures, and above all shining a light on everything that’s great about living, working and playing in Missoula and western Montana.