It was quite the conundrum: He could rock out to a crowd 80,000 deep in Detroit one night, but less than a thousand would turn out in Chicago the next.

Of course, this was long before the Internet and even longer before social media – during a time when word-of-mouth spread even faster than even traditional media outlets. 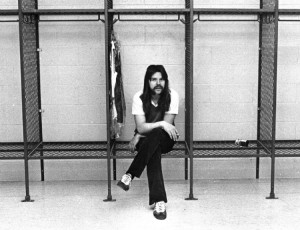 So despite 15-plus of tremendous success on stage and in the studio – and a short albeit strong list of single hits, including “Katmandu”, “Turn the Page” and “Ramblin’ Gamblin’ man” – Bob Seger didn’t truly break into the mainstream conversation until 1976’s Night Moves.

In fact, the album, his ninth overall, became so popular upon its release that it in turn made commercial hits of most the rocker’s previous discography. His 1975 release, Beautiful Loser, for instance, made it only to 131 on the Billboard Pop Album charts; it went on to sell more than two million copies.

Night Moves was the first full studio release featuring what would become Seger’s long-time backing back, the Silver Bullet Band, and it spawned three singles – two of them which debuted on the Top 40 charts. It was his first album to go platinum – and in fact it ultimately did so six times over.

Tomorrow, Craig will remind us what the excitement was all about when he throws this classic down on the Trail turntable as his selection for this week’s Vinally Friday.

• Alanya will spin some classic Yonder Mountain String Band material in honor of former frontman Jeff Austin, who brings his side project – the Jeff Austin Band – to The Top Hat for a performance Friday night.

Released in 2013, EP13 features a dozen tracks that fit in line with what the Colorado progressive bluegrassy jam band has been celebrated for since its beginning two decades ago next year.

If you like what you hear – or even if you don’t – we encourage you to go see Austin do his finger-pickin’ thing. We promise it’ll warm you up. As added incentive, Alanya will be giving away tickets to the show!

• Robert will follow up with an assortment of 12-inch singles and remixes from Peter Gabriel‘s So period.

The 1986 album, which went five times platinum, remains Gabriel’s most commercially successful – and creatively celebrated – of his long career. Though less experimental than many of his earlier albums, the album was nevertheless groundbreaking, with elements of pop, soul, art rock and world music fused into a truly accessible collection. 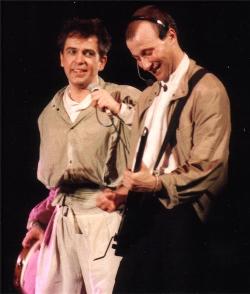 It featured Gabriel’s most successful – and radio-friendly – single of his career, “Sledgehammer”, as well as two other Top 20 hits: “Big Time” and “Don’t Give Up”, a duet with Kate Bush. Two other lasting tracks from the session: “In Your Eyes” and “Red Rain.”

So placed 187th on Rolling Stone Magazine’s ranking of the 500 Greatest Albums of All Time.

• Tommy will wrap up the day – and week – with a few spins of Real Estate‘s fourth studio album, In Mind.

The band had already formulated several tracks as a quartet before Lynch was invited to contribute his own element to the music.

For more, check out the Pitchfork album review HERE.