We want to be a band; will you please send us some money?

Such a simple, straightforward request might normally garner laughs and eye-rolls, but for some of our favorite artists it’s meant the difference between obscurity and continued (or renewed) success. 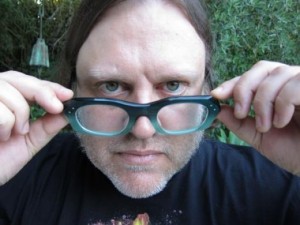 When we heard Matthew Sweet‘s new album was entirely funded by fans via crowdfunding, we did a little research and learned this has actually become an extremely viable way for artists to connect with fans and vice-versa.

In fact, nearly 25,000 fans of alternative singer/songwriter Amanda Palmer donated $1.2 million to support production of her Theatre is Evil album in 2012. And last year, R&B group TLC received almost 300 percent of what they requested for a self-titled album set for release next month – and they did it in less than 48 hours.

So now, thanks to some die-hard Sweet supporters, his more casual fans get to enjoy his first new album in more than six years.

It’s scheduled for release Jun 16, and we’ll throw its first single into rotation tomorrow for New Tracks on the Trail.

Sweet will head out for an extensive US tour starting May 15. For more on his impressive career and the lead-up to the new album, check out this album review and profile from Glide Magazine.

And for more on crowdfunding, Rolling Stone put together a primer on how you, too, can invite your supporters to finance your next album. Check it out HERE.

-It’s not really a supergroup, per se, but Jamstown is a fantastic collaboration of three of your favorite Trail artists: Cisco Adler, Donovan Frankenreiter and G. Love.

The trio of friends entered the studio last December and wrote 10 songs in 10 days. Half the tracks were deemed suitable for public release, and so they adopted the name Jamtown and will release a self-titled EP June 23. 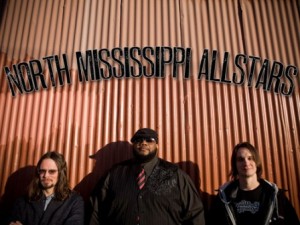 After that, it’s a three-month road tour – including a highly anticipated stop at the Monterey Pop Festival.

–North Mississippi Allstars are legends of the road, and their stops in Missoula are some of the most fun events of the years.

Founded in 1986 by brothers Luthern and Cody Dickenson, the southern rock/blues outfit will release their eight studio album – Prayer for Peace – on June 2.

The album was produced by the band at six different recording studios across the U.S. and, like Sweet, also features an impressive lineup of special guests, including Otiel Burbridge of the Allman Brothers and Dead & Company, and Graeme Lesh of Midnight North and The Terrapin Family Band.

Prayer for Peace is available for pre-order HERE – and all purchases include presale access to tickets for the band’s upcoming U.S. tour.

-We introduced Missoula to The xx‘s first single off their new album, I See You, back in February.

The track, titled “On Hold,” was notable for its Hall & Oates sample – and it made a hell of a great closer for their impressive Coachella set last month.

The English trio is currently riding a huge surge of international superstardom with their third studio release, and we’re excited to contribute to the hype with a spin of their newest single.

–Roger Waters has been in the headlines lately, and not just for next month’s highly anticipated release of his first album of new rock songs in nearly 25 years.

He’s also making waves for his still-unresolved personal dispute with former Pink Floyd bandmate David Gilmore. Don’t get us wrong – we love Roger and we appreciate every last thing he’s contributed to the world of music. 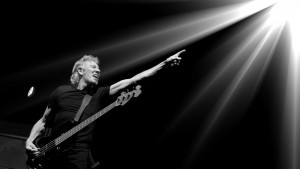 Personality aside, we can’t wait to hear the culmination of his recent work. Titled Is This the Life We Really Want? and due June 2, the album is drawing comparisons to 1975’s Wish You Were Here.

It was produced – and reportedly heavily influenced – by Radiohead producer Nigel Goodrich, according to Ultimate Classic Rock’s Michael Gallucci, and is an “unflinching commentary” on current economic, social and political times.

“Not much else is known about the album other than it will continue Waters’ line of concept records and that it started life as a radio play and is partly influenced by the Trump administration,” Gallucci wrote.

Waters will head out later this month for a 50-stop North American tour.

-Finally, we blogged last week about local musician and friend David Boone and the upcoming release of his new record, Dawns.

As Boone’s wife, Stephanie, continues to release the album’s tracks one at a time, we’ll continue to introduce a new one each week to our daily rotation.