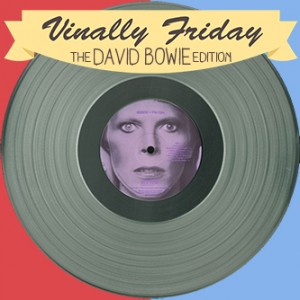 For more than a year now our four on-air personalities have been honoring Fridays by turning over a few minutes of their set to the turntable.

It’s called “Vinally Friday,” and it’s been a blast on multiple different levels. For one, it’s always interesting to see what they’re bringing in from their home collections.

Craig typically brings in some off-the-beaten path country-rock from the ’50s, ’60s or ’70s; Alanya leans towards bluegrass, reggae and jam bands; Tommy comes from way out in left field with everything from Twenty One Pilots to Gene Autry’s “Rudolph the Red-Nosed Reindeer”.

As our in-house audiophile, Chase buys, sells and trades in original LPs, and though we’ve never SEEN his collection we can only imagine it’s got a room all to itself. He’s the one who brings in the original mono Beatles records on their anniversary dates.

Once he brought in a recording of his father’s big band in Chicago, and last week he blasted several long-running Yes tracks in honor of their inauguration into the Rock and Roll Hall of Fame. 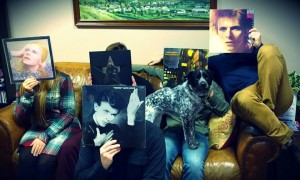 Yes, Robert Chase kind of nerds out to vinyl – especially the authentic stuff. And so it is with great honor that this week we turn the entire day’s Vinally Friday setlist to his extensive collection of David Bowie classics.

Bowie would have celebrated his 70th birthday last weekend, but, alas, he left us for the stars a year ago on Tuesday. We honored him with an entire afternoon of music when he died, we dipped into some of his deeper cuts to mark his birthday – and now, to memorialize him a year after his death, we’re putting him on the turntable.

We’d love to have you along for the ride. In fact, Robert insists.