If you’ve been in Missoula for longer than a day,

you’re aware we claim Pearl Jam as a hometown band.

OK, so only one of its members actually keeps a house here. But since their first stop here at the Dennison Theater in 1993, bassist Jeff Ament has done an excellent job recruiting the other members of Pearl Jam back again and again – and not just for shows. 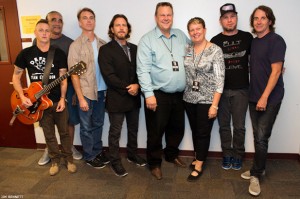 They’ve campaigned for local political candidates, they’ve supported the construction of more than a dozen skate parks in rural towns and communities across the state, they’ve recruited local artists and filmmakers to design album covers and music videos.

Hey, even the head of their fan club was recruited from his full-time gig at Rockin’ Rudy’s.

So we’ve adopted them as our own, and you know what? We’re totally unashamed.

Last week when news broke that Pearl Jam was nominated to the Rock and Roll Hall of Fame during their first year of eligibility, we asked Robert Chase if the band would be, upon induction, the first local band to make the Hall.

After carefully reminding giddy ol’ us that they haven’t quite made the Hall yet, and that they’re not really a Missoula band, he nodded “yes.”

Ever the counterbalance to our enthusiasm, Robert nonetheless is honoring the most successful Missoula band of all time by spinning their second record, Vs., as his selection for this week’s Vinally Friday.

-Craig will spin some early work from a group inducted to the Hall in 1988 – the Beatles.

1964’s Meet the Beatles is the second Beatles album released in the United States and was ranked No. 59 on Rolling Stone‘s list of the 500 greatest albums of all times. 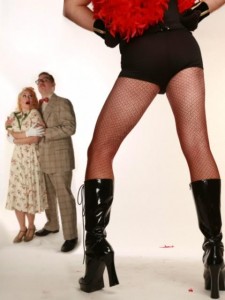 -Alanya will get us primed for a weekend of Rocky Horror Live! with some selections from 1975’s Rocky Horror Picture Show soundtrack.

She’ll also welcome the star of the show, Dr. Frank-N-Furter himself, into the studio.

-Finally, Tommy will wrap up the day with Dopamine, the debut studio album from American singer/songwriter Borns. Released in 2015, the album hit No. 2 on both Billboard‘s Top Rock and Alternative album charts.

Finally, it’s Friday! It’s Vinally Friday – brought to you each week by the Trail 103.3 and Rockin’ Rudy’s!