• Australian indie rock crew Gang of Youths has officially broken into the U.S. mainstream, and they’ll continue to plunder the airwaves with the latest single release from last year’s ARIA “Album of the Year”, Go Farther In Lightness.

Gang of Youth is coming off an appearance at Austin City Limits this past week – as well as a showing at Foo Fighters’ Cal Jam festival – and recently announced the release of a live album from last summer’s performance at the debut of MTV Unplugged Australia. 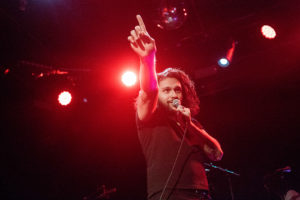 The band will embark on a sold out tour across their homeland later this month with a headlining U.S. tour to follow in December.

• We’ve given you “Loading Zones” and then “Bassackwards” … now a third single from Kurt Vile‘s newest, Bottle It In.

Kurt recently performed stropped-down versions of “Bassackwards” as well as a cover of Tom Petty’s “Learning to Fly” for Sirius channel XMU. Check out the video from that session HERE.

• Weezer, the band that just won’t go away, announced last week that they will release their 12th studio album in 2019. Like the blue, green, red and white ones before it, this fifth self-title album is being nicknamed “The Black Album” and follows a year in which the band toured with the Pixies and released multiple radio-friendly covers of Toto and TV on the Radio.

No official date has been set for the new one.

• Their first two albums were each shortlisted for the prestigious Mercury Prize. Now comes their fifth – The Art of Pretending to Swim.

We’re talking about Irish indie folk band Villagers, who are currently being kept out of the number one slot on the Official Irish Albums Chart by none other than Eminem.

The band’s frontman, Conor O’Brien, by the way, recently co-wrote the opening track of Paul 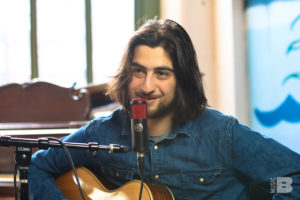 • Finally, the latest in a long string of single releases from American folk-pop singer Noah Kahan.

Last year the first of four singles, “Young Blood”, gained over 9 million digital streams. In January of this year he dropped an EP, Hurt Somebody, and the lead single off that one garnered 74 million Spotify streams (and counting).

This newest single, his second on the year, apparently sets the stage for more releases this fall. We can only imagine an album can’t be too far around that corner.

There ya have it – another batch of New Tracks on the Trail! Tune in for new music every Tuesday on the Trail 103.3, and thanks as always to Rockin’ Rudy’s for sponsoring this weekly segment.