The summer concert season is officially in full swing, and this week for her Vinally Friday selection Alanya will get us hyped for what is certainly among the most anticipated performances of the summer.

We’re talking about the KettleHouse Amphitheater debut of local bluegrass favorites Lil’ Smokies, who will join Trampled by Turtles and Amy Helm on July 21 for an evening of instrumental jamming and dancing under the Big Sky. 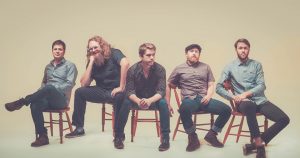 The Smokies graduated from the local scene to the national one several years back, but each year it seems they manage to make an even bigger splash. You might say they officially “arrived” when they won the 2015 Telluride Bluegrass Band competition. Or maybe it was 2015, when they took home the International Bluegrass Music Award for “Momentum Band of the Year” and played nearly 200 shows.

But it turns out 2017 was just as significant.

That’s the year they dropped the album Alanya will feature Friday morning: Changing Shades. Though officially their second album, the 10-track effort seems a debut unto itself, reflecting a finalized band line-up and a fresher sound than that of their self-titled debut from four years earlier. The “progressive bluegrass” collection, which was recorded live at SnowGhost Studio in Whitefish, also kicked off yet another national tour – this one with The Brothers Comatose and Mipso, and featuring a stopover at the Wilma.

From the Top Hat to the Wilma – and now, in 2018, the 4,250-seat KettleHouse Amphitheater. The Lil Smokies’ sound keeps getting tighter, they’re sharing bills with more nationally recognized acts, and their audience base continues to grow.

Pick up your tickets to the show HERE, and be sure to tune in for a couple cuts off Changing Shades this Friday morning as Alanya opens another round of Vinally Friday!

For more background on the recording of Changing Shades, check out this great Missoulian profile from last September.

• Robert will follow up with the fifth studio release from English band XTC.

The double-album English Settlement, a fan favorite, marked a shift for the New Wave band into more complex and intricate arrangements, deeper lyrical content and, time-wise, longer songs. According to lead singer Andy Partridge, the change was purposeful: He was ready to stop touring. It worked, and after a few setbacks during their 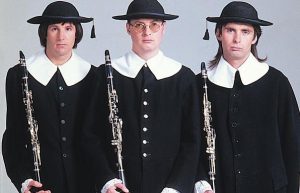 supporting tour later that year the band abandoned the road and focused the remainder of their career on studio work.

The original album – their fourth as a band and first on a major label – was released at the height of their popularity in 2003, with singles “Way Away” and the title track making regular appearances on MTV, radio and other media outlets.  It sold over a million copies in the U.S. alone and set them up for a headlining gig at the following year’s Warped Tour.

Ten years later, after a brief hiatus, Yellowcard headed back into the studio to recreate the album on acoustic instruments. Ocean Avenue Acoustic was the final result, and that’s the one Tommy will feature on Friday.