The last time we heard from Paul McCartney, he was rubbing elbows with Kanye and Rihanna.

Thankfully, the former Beatle is back to orchestrating the traditional pop-rock tunes that made him the richest rock star in the history of rock stars.

Macca, who celebrated his 76th birthday last week, marked the occasion with a surprise release of two new singles along with the announcement of his first new album in five years. 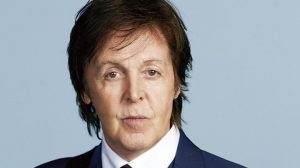 The piano ballad “I Don’t Know” and the foot-stomping “Come On To Me” – a brassy piece that recalls his earlier work with Wings – provide our first glimpse into the new record, Egypt Station.

Due Sept. 7, the album will mark McCartney’s 17th since going solo from the Beatles in 1970.

We can’t decide which one we like more, so instead of picking one we’ll feature both on tomorrow’s roster of New Tracks on the Trail.

In other Beatles news, McCartney also hinted during at least one interview last week that a 50th anniversary of the White Album – released in November, 1968 – will hit shelves sometime later this year.

• The Talking Heads introduced a little Afrobeat rhythms to their usual funk sound for their seminal album from 1980, Remain in Light.

Now, completing the circle, one of the biggest stars in the African recording community has taken up the task of introducing the album’s funk elements to traditional Afrobeat sounds in a track-by-track re-creation.

The artist is the Grammy Award-winning Angelique Kidjo, and this new twist on Remain in Light marks her 14th studio release. 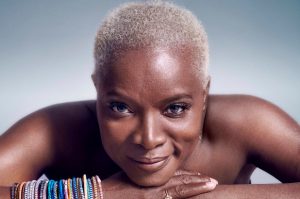 Released in partnership with American hip hop producer Jeff Bhasker, the album features appearances by Ezra Koenig of Vampire Weekend and Devonte Hynes of Blood Orange atop dizzying layers of polymorphous and vamps.

Here, the original album’s most famous track – “Once In A Lifetime” – finds its electronic funk replaced with horns and percussion, identifiable only by Kidjo’s “Same as it ever was …” refrain that just barely escapes.

“Kidjo strips away the ’80s sheen of new wave and re-imagines Talking Heads songs as if they were conceived in West Africa,” explains NPR’s David Greene in his interview with the artist earlier this month.

• We presented the first single off English pop-rockers The Kooks‘ upcoming album during a New Tracks earlier in June; now, the second.

The 15-track album is titled Let’s Go Sunshine, it’s due Aug. 31, and it will mark the group’s fifth studio album – and first in four years.

Sunshine is focused on break-ups and a loss of innocence – about “defining who we are,” lead singer Luke Pritchard said.

“It’s gotta be our most exciting album, and it should get you dancing”.

• We’ll also dip back into the newest work from indie rock giant Father John Misty, who dropped his much anticipated follow-up to last year’s Grammy Award-winning Pure Comedy on June 1.

The first time we featured a track from God’s Favorite Customer, it not only had no set release date – it also remained title-less. Nevertheless, FJM’s pronouncements then that this one – 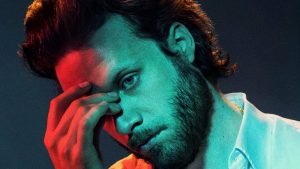 recorded during a six-week period while living in a hotel – would be a “heartbreak album” turned out to be accurate.

Check out the Variety review of “rock’s most fabulous miserabilist” HERE.

Nearly a year after it’s release, the band is headed out on tour in support of Paramore – and in conjunction with that, they’ve released a new single.

Foster the People, you might remember, made a big splash with their viral hit “Pumped Up Kicks” and several other singles off their 2011 debut, Torches.

There ya have it – another round of New Tracks on the Trail! Thanks as always to Rockin’ Rudy’s for sponsoring this weekly segment.