A “master of musical understatement.” The “mascot of the alienated.”

These are just a few of the posthumous descriptors of rock and roll legend, Walter Becker, who died last Sunday at the age of 67.

Half of the iconic duo Steely Dan, Becker’s passing aroused consistent, deep praise not only from his band’s fans but from lovers of music worldwide. 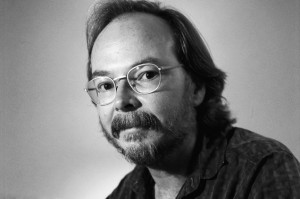 “If pop music is a constant tug of war between the reassuringly familiar and the jolt of the modernist new, Becker’s gift was the ability to hit both extremes at once,” music reviewer Tom Moon wrote. “Where most guitar heroes of his era charged into the center ring with fistfuls of notes and blazing chords, Becker preferred to sneak in through the back door, and in just a few measures and fewer notes, rearrange all the furniture.”

The world was fortunate to be graced with Becker – and musical collaborator Donald Fagen – for nine studio albums spread out over more than three decades. Not to mention countless live performances and public appearances – including their notable 2001 induction into the Rock and Roll Hall of Fame.

Fans of Steely Dan, like those of other great bands, argue incessantly about which was their greatest work.

You won’t find us engaging in that debate.

Alanya will, however, pay tribute to Becker Friday with a few turntable spins of what audiophiles describe as one of the best to own on vinyl: The 1977 jazz-rock album, Aja. 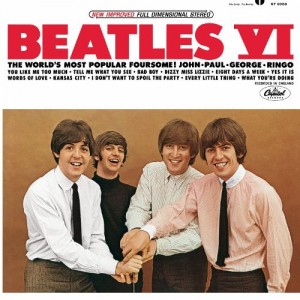 Whether it’s to enjoy the album, to debate its significance or just to remember Becker’s contribution to the world of music, we hope you’ll tune in.

• Craig will kick off the day with a few cuts off Beatles VI, the 1965 release that brought Beatles’ total number of U.S. releases to nine in less than a year and a half.

To understand the development of this album, you first need to understand that it was common practice at the time to release albums only in specific markets.

But the latter included only half the tracks off the former.

So, in June of the following year, with an American tour on the horizon, Capitol compiled the remaining tracks – plus a B-side, a few covers and a handful of yet-to-be-released songs – as Beatles VI.

The new songs would eventually find their way onto Help!, and the covers – of Larry Williams’ “Bad Boy” and “Dizzy Miss Lizzy” and of Buddy Holly’s “Words of Love” – would mark the last covers recorded and released by the band until “Maggie Mae” in 1970.

• Robert will preview this weekend’s Jason Isbell show at the Wilma with a few spins of his fourth studio release, Southeastern.

Released in 2013, the album marked a second wind for a well respected artist who seemed to be letting addiction get in the way of his success. 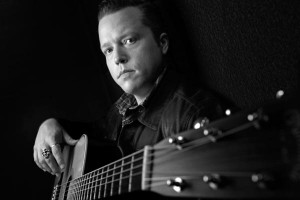 And it turns out two winds was all the Nashville singer-songwriter needed: Southeastern led Isbell to a sweep at the 2014 Americana Music Awards: Album of the Year, Song of the Year (“Cover Me Up”) and Artist of the Year.

“It’s an album about reflection and redemption, about carrying the weight of your past while you move forward,” wrote American Songwriter’s Andrew Leahey.

For on the former Drive By Trucker’s rise to fame, struggles with addiction and how Southeastern helped him break through to international stardom, check out this feature profile of Isbell from New York Times Magazine.

• Finally, Tommy will wrap up the day with a birthday celebration of one of the greatest contributions to music: John Lennon’s Imagine.

Released 46 years ago Saturday, Imagine was Lennon’s second solo effort after the Beatles’ dissolution in 1970.

Featuring the title track- widely considered the greatest song ever written – as well as former bandmate George Harrison on five of 10 songs, it immediately shot to No. 1 worldwide.

Rolling Stone Magazine voted it No. 80 on its list of the 500 Greatest Songs of All Time, and, more recently, its music inspired a picture book.