Quick – what’s the highest ranking female solo album on Rolling Stone’s list of the 500 Greatest Albums of All Time?

The “honor” actually goes to Joni Mitchell, who’s Blue from the same year comes in at a solid #30.

But we forgive you for going all-in on Tapestry, which checks in just five slots later at #36. 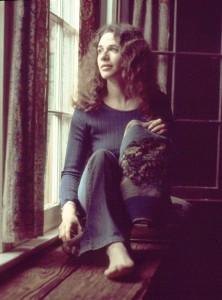 After all, it was King – not Mitchell – who swept the following year’s Grammy Awards. And it was Tapestry’s lead single, “It’s Too Late/I Feel the Earth Move” – that spent five weeks in the No. 1 spot on not one but TWO Billboard charts.

The album itself held the female record for most weeks in the No. 1 slot (15) for more than two decades!

Not bad for a musician who spent the early part of her career hiding behind pen and paper as an incredibly successful songwriter.

In fact, when you blend the dozen or so hits and standards for which King was responsible (or co-responsible) before going solo with all the solo work she’s logged since, it brings her grand total of charting songs to 118 – far and away the most accomplished female songwriter in the latter half of the 20th century.

This week, Alanya will honor the legacy of Carol King with a few spins of her favorite tracks from Tapestry on the Trail turntable.

We mentioned the its lead single, but here’s several other familiar tracks you’ll find on Tapestry, many of which were actually made more popular by other artists: “It’s Too Late”, “You’ve Got a Friend”, “Will You Love Me Tomorrow”, “(You Make Me Feel Like) A Natural Woman” …

“A remarkably expressive and intimate record, it’s a work of consummate craftsmanship,” wrote AllMusic’s Jason Ankeny of Tapestry. “… In its time it connected with listeners like few records before it, and it remains an illuminating experience decades later.”

Released by the Brit rockers’ former manager when they split Decca in the early 1970s, More Hot Rocks includes most of the classics and singles that didn’t make their previous compilation, Hot Rocks, 1964-1971, as well as rarities and tracks that had previously only been available in the United Kingdom. 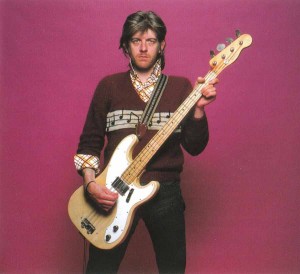 “The material isn’t as famous as what’s on Hot Rocks, but the music is almost as excellent,” wrote AllMusic’s Richie Unterberger.

• Robert will venture back into the pub rock genre with Nick Lowe’s 1979 classic, Labour of Lust.

The album’s lead-off track, “Cruel to Be Kind,” is still Lowe’s most recognized song – and marked his only major hit in the U.S.

• Tommy will wrap up the day – and the week, for that matter – with the newest album from his favorite Berlin-based indie rock/folk group: Mighty Oaks.

We featured “Be With You Always” off Dreamers earlier this week as part of our New Tracks on the Trail line-up, but now Tommy will afford us a chance to explore more from the trio known for their “tight, three-part harmonies and effusive, largely acoustic-driven folk anthems”.