Cheap Thrills made her a star, but it was 1971’s Pearl that cemented Janis Joplin’s status as a rock ‘n’ roll legend.

Sadly, the singer/songwriter never got to realize the impact the album would make because she died before it was released. 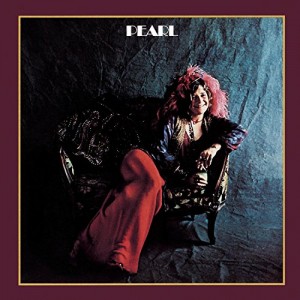 In fact, Joplin’s heroin overdose in October, 1970, came before she had even finished the album. One track, “Buried Alive in the Blues”, remains an ins
trumental because she never got around to recording the vocals.

For his Vinally Friday selection this week, Craig will reintroduce us to the powerful voice and songs of Joplin with a few tracks off this monumental album.

Alanya will follow up with an homage to her SoCal roots – the debut album from The Record Company, Give It back to You.

Released in January, the album is an innovative blend of blues, rock and punk. An AllMusic reviewer described it as “casual but muscular that’s part Southern groove … and part Chess Records bite … with a dash of the Black Keys’ rootsy modernism thrown in for good measure.”

Robert will feature The Beat Farmers’ 1987 release, The Pursuit of Happiness. 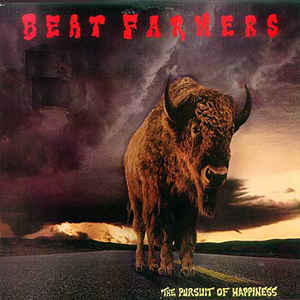 Who are The Beat Farmers? We’ll just sit back and let the Wikipedia description do the talking:

“The Beat Farmers were an American cowpunk band, which formed in San Diego, California, in August 1983, and enjoyed a cult following into the early 1990s before the death of drummer and sometime lead singer Country Dick Montana.”

The entry goes on to describe their sound as “an amalgamation of cow punk, jangle pop, roots rock, hard-twang Americana, country rock, rockabilly and swamp rock.”

Finally, Tommy will cap off the day with what is certainly one of the more iconic albums of all time – Abbey Road by the Beatles. Whether he’ll spin the entire Side 2 at once remains to be seen.

(Funny side note: Despite being comprised of a medley of seven unique songs played back-to-back, Rolling Stone ranked it #23 on the list of Greatest Beatles Songs of All Time.)

There ya have it – another Friday, another round of great vinyl from the radio personalities you’ve come to know and love.

Finally, it’s Friday! It’s Vinally Friday – only on the Trail 103.3. Thanks to Pella Windows and Doors for sponsoring!

One option for solving numerous health problems is a online. Minor change in basic lifestyle, another is pharmacy.