Of all the Top Five lists in the 2000 flick “High Fidelity”, interesting that there’s no ranking of movie soundtracks.

Perhaps because, unlike a list of the “greatest songs,” the category is too broad; it’s lack of a more specific – or personal – qualifier renders it presumptive.

There are a few obvious selections for such a broad category, especially those soundtracks which have become more ingrained in pop culture than their associated movies: See Rocky Horror Picture Show or Purple Rain.

But if we HAD to narrow it down, here’s the perimeters we would use:

Now that’s how you narrow down a Top Five list. 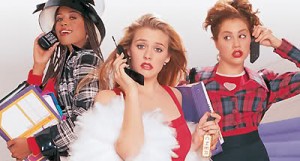 And the results? Pulp Fiction, far and away, takes the lead, followed, in order, by Singles, Romeo + Juliet, Trainspotting, and, finally, Clueless.

Clueless? There’s a reason for Parameter No. 5.

The Clueless soundtrack was really the perfect soundtrack for our 1995.

It was our freshman year of high school, and we had only recently discovered music as an outlet for our newfound teenage angst. This soundtrack not only had the effect of helping us hone our love/hate relationship with the opposite sex; it also gave us a guideline for how to be more appealing to the opposite sex.

Just like the tracklist, a high school freshman in 1995 needed to carry a little cool in his step (Beastie Boys’ “Mullet Head”), but also needed to know when to be sensitive (Radiohead’s “Fake Plastic Trees”).

He needed a stockpile of random references from which to sound intelligent and hip (The Muffs’ “Kids in America”), but he also needed to know when to shut up and just enjoy life on life’s terms (Coolio’s “Rollin’ With My Homies”).

Don’t get us wrong – there’s not a chance in hell we’d get as excited about 2017’s version of the “Clueless” movie or soundtrack. But that’s because today we’re a lot older, wiser and, frankly, less optimistic about impressing the opposite sex.

And we’re not the only ones finding some nostalgia in this collection.

In a celebration of the album’s 20 year anniversary two years back, Stereogum’s Gabriela Tully Claymore wrote a dissertation on its significance. At the top of her list was the innovative use of the songs to tell the story of the story’s characters – a signature of music supervisor Karyn Rachtman. 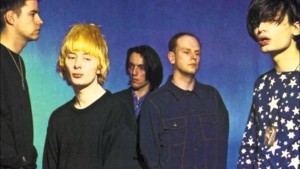 “Working along with (director Amy Heckerling), Rachtman chose songs that would turn already funny scenes into memorable ones, and introduced a lot of American kids to then-up-and-coming acts in the process,” Claymore wrote.

She further extolled its unrestricted willingness to cross over into multiple genres, as opposed to 1992’s Singles, which stuck itself squarely in grunge.

New York Post celebrated the anniversary with a list of the five best songs on the soundtrack (take THAT, Cusack!).

You know who else who finds value in Clueless? Mike Smith.

In fact, Mike so appreciates the variety and substance of this legendary teen-pop collection that he bought it on vinyl. And Friday he’s throwing it down on the turntable just for you as part of this week’s edition of Vinally Friday.

• Craig will kick off the day with a few tracks off the first greatest hits compilation from British rock act Faces.

Snakes and Ladders/The Best of Faces was released in 1976 and marked the band’s seventh official album, although by then they no longer existed as a unified entity. 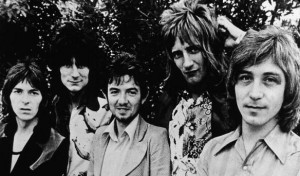 Inter-relational turmoil – Ronnie Lane left in 1973, Ronnie Wood started working with the Rolling Stones in 1975 and none were too excited about frontman Rod Stewart’s successful solo career – led to what many consider a premature of disbandment of Faces a year prior, and so this compilation was their label’s best effort to capture their most popular songs on a single album.

But even still, the turmoil shows up here – with Stewart singing on all but one track and secondary vocalist Lane left off altogether, including from the cover art.

Still, the 12 tracks stand the test of time – “a solid testament to a band that was never much into solidity,” writes esteemed music critic Robert Christgau.

• It wasn’t infighting but drugs that brought an end to the New York Dolls and, later, The Heartbreakers – but in his first true solo album both group’s leader, Johnny Thunders, managed to pull his act together long enough for work that really resonates.

Robert will feature 1978’s So Alone – a mix of mostly originals with a few covers and select standards from live Heartbreakers shows. 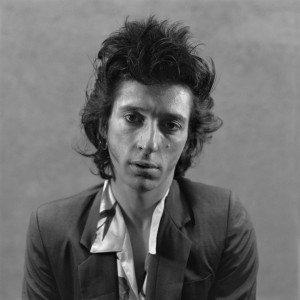 • Finally, it’s been seven years since the Toronto rock collective known as Broken Social Scene put out an album, but – inspired by the terrorist attacks in Paris – all 15 of its original members reunited earlier this year for their fifth studio release.

It’s called Hug of Thunder, it came out in July, and Tommy will give us a preview.