The set marked the first live album in a decade to top the charts after its release in 1986; ultimately it went platinum 13 times over. It remains the second best-selling live album in U.S. history. 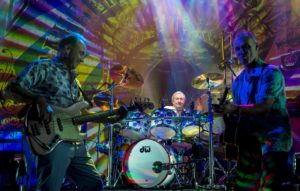 • Alanya will dip back into an album she’s previously featured, The Record Company‘s 2016 release, Give It Back to You.

AllMusic critic Brian Olewnick deemed the album “pedestrian” by Bley’s standards, but with amusing lyrics and a few catch moments Floyd fans might find it worth exploring at least once or twice.

“For Pink Floyd completists, this album might provide a glimpse into an alternate universe of which they were otherwise unaware, but fans of 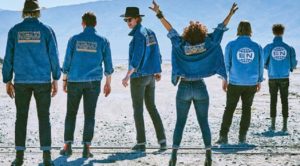 Bley’s earlier masterpieces like Escalator Over the Hill are likely to emerge somewhat disappointed,” Olewnick wrote.

Mason announced this month that he will tour England next year for the first time since 2012, with members of Spandeau Ballet and The Blockheads joining.

• And finally, fresh off his trip to the Life is Beautiful music fest in Las Vegas, Tommy will spin the most recent collection by headliners Arcade Fire.

Released in 2017, Everything Now marked the fifth studio release from the Canadian indie rockers. It was the band’s third album to hit No. 1 on the Billboard 200, and it’s first single – the title track – earned the band their 10th ever Juno Award.