There’s lots of fun trivia about what’s arguably the greatest rock album of this millennium – most notably the legend of its initial rejection by label execs, a subsidiary of which released it in full the very next year.

But most critics will tell you what makes Wilco‘s fourth studio release, Yankee Hotel Foxtrot, so damn good is the music itself – a venture away from the band’s alt-country sound into a new sort of inventiveness that’s driven their continued relevancy almost two decades later. 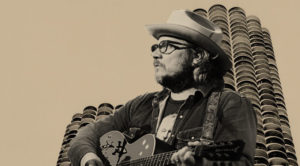 The 2002 record – their first with now longtime drummer Glenn Kotche, their last with then-longtime multi-instrumentalist Jay Bennett – just barely cracked Rolling Stone’s 2003 list of the 500 Greatest Albums of All Time (#493, to be exact). But we’re sure it would rank much higher were that list to be re-configured today.

An even better write-up came 10 years later, in 2012, when The Atlantic celebrated YHF in an extensive “birthday” profile. If you’re a fan of Wilco – or really of music at all – you have got to take some time to read that one.

But birthday to be celebrated this week; instead, Robert will cue up his vinyl version of the classic for this week’s Vinally Friday as we get set for Wilco frontman Jeff Tweedy’s solo appearance at the Wilma next Tuesday.

Also on the Trail turntable this Friday:

• Craig will kick off a month-long celebration of Bruce Springsteen‘s 69th birthday with the first of four Fridays exploring his classic five-disc live box set from 1986.

The 40-track Live/1975-85 was so hotly anticipated upon its release that more than 1.5 million orders were placed in advance. In fact, record stores reported long lines as they set to open that Monday morning, the first day it was available on the racks.

The anticipation paid off handsomely for the Boss. Live/1975-85 not only became the first live album in a decade to top the charts, it ultimately went platinum 13 times over. In fact, it still maintains its legacy as the second best-selling live album in US history, behind only that of Garth Brooks. 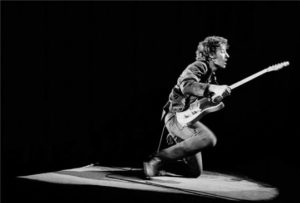 Rolling Stone’s David Fricke called it “an embarrassment of riches” in his original review – and he meant it as a compliment.

Enjoy a few cuts and then be sure to tune in for the next three weeks of Vinally Fridays for more from this classic collection.

• Alanya will get us hyped for Sunday’s performance by Gregory Alan Isakov with a few spins of his 2016 collaboration with the Colorado Symphony as well as a ticket giveaway for the show!

Gregory Alan Isakov with the Colorado Symphony features 11 tracks from Isakov’s previous albums, The Weatherman, This Empty Northern Hemisphere and That Sea, The Gambler, as well as a cover of the Ron Scott track “Liars.” It was recorded at Boettcher Concert Hall in Denver as well as at a farm outside of Boulder.

The album marked a stop-gap of sorts for Isakov, who will finally drop a long-awaited full-length album of new original material in early October. In the meantime, make sure you get tickets to the show before they’re all gone!

• Tommy will wrap up the day with what turned out to be a one-and-done for ’90s British rock band, the Verve.

Truth be told, 1997’s Urban Hymns – and it’s most well-known single, “Bitter Sweet Symphony” – was not the band’s first album, nor would it be their last. But the two prior came at a time when the band was just figuring out how to, well, be a band, and everything since has been pretty much defined by chaos.

Urban Hymns won the Verve two Brit Awards and a Grammy Award nomination, but less than two years later, faced with lawsuits of copyright infringement and band in-fighting, the members went their separate ways. A 2007 reunion spawned a tour and a fourth album, but the damage had been done and after that they called it quits for good.

Interestingly, frontman Richard Ashcroft hasn’t given up just yet. The singer/songwriter just released a music video announcing his fifth solo album set for release this October.