Most of us would attribute the relationship between music and political activism to the folk and rock of the 1960s.

And while it may hold true that those musicians had great popular influence on the issues and constructs during that time, it is a misnomer to suggest that the 1960s were the peak of musical activism – political, social and otherwise.

If anything, the Vietnam Era only marked the burgeoning of a trend that continues to grow in acceptability and influence to this day. 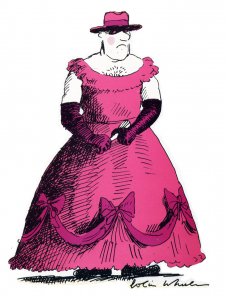 In fact, a more significant peak in music’s influence might have come in the late 1970s through mid-1980s, when the so-called “benefit concert” was born and became a source of eager public consumption.

The earliest single-event benefit concert to garner massive attention was George Harrison’s “Concert for Bangladesh” in 1971. But television had yet to full develop at the time of this performance, and so “Bangladesh” was constrained from becoming a full-fledged media event like that of “Live Aid” in 1985, which was watched by an estimated 1.5 billion.

But this week, for his Vinally Friday selection, Mike is going to settle in somewhere in between those two, when TV had become a universal source of entertainment but the experience and organization required to pull off a massive worldwide event like “Live Aid” had not quite been mastered.

We’re talking about what would later become known as the “Secret Policeman’s Balls”.

Initiated in 1976 by Monty Python’s John Cleese along with industry exec Martin Lewis and Amnesty International’s John Cleese, the series of UK benefit concerts was initially founded as a forum for  celebrities – specifically comedians – to entertain audiences and support human rights.

But in 1979, organizers invited Pete Townsend and several lesser known musicians to perform at what was officially the first “Secret Policeman’s Ball”. The experiment was a success – spawning not just a TV special but an entire spin-off film and record release and drawing international attention in the process, notably in the U.S.

Fast-forward to 1981, and the music became the meat of the show.

Presented over four nights in September, “The Secret Policeman’s Other Ball” featured performances by Sting, Phil Collins, Eric Clapton, Jeff Beck, Donavan and more. Again, the TV special was piggybacked by a premiere movie release and not one but two albums – one featuring the comedy, one featuring the music.

Tomorrow, Mike will feature some of his favorite selections from the latter. 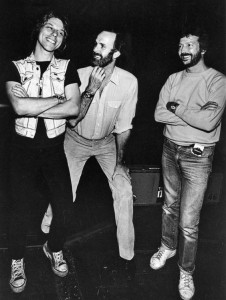 The Secret Policeman’s Other Ball: The Music features not just the biggest artists of the era, but also their biggest hits: “Roxanne”, “Message in a Bottle,” “In the Air Tonight,” among others.

But more significantly, the show demonstrated how musical partnerships could spawn not just financial support for non-profits and organizations, but universal awareness of their causes. This series – the 1981 show in particular – are credited with pioneering those other big benefits: Live Aid and Farm Aid in the 1980s, Roger Waters’ concert for disaster relief in 1990, the “Concert for New York City” following the 2001 terrorist attacks, up to this summer’s “One Love Manchester” following May’s terrorist attack in England.

So thanks Mike, for sharing the music.

But thanks to the “Secret Policeman’s Ball” musicians – and the organizers who brought them together – for using their celebrity and talent to bring about some positive change that truly reverberates through to today.

-It was the same era, but the inspiration was much, much less noble when Craig acquired the five-record set called Solid Gold Party Rock – 52 Certified Original No. 1 Hits.

Craig can’t remember how much it costs, nor does he full understand why he bought it on that cloudy night in 1982. But he did, and quite honestly we’re glad for that because Solid Gold Party Rock truly is full of “golden hits.”

Kicking off with Dion’s “Runaround Sue” and wrapping up with The Drifters’ “Save the Last Dance For Me” – with stops at the Shirelles, the 5th Dimension, Lovin’ Spoonful and Bobby Darin along the way – 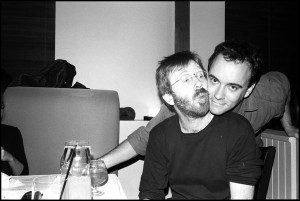 this mega-collection is pretty much the soundtrack to our childhood summer road trips with dad.

-Robert is out this week, so Tommy will wrap up the day.

His selection for the week: A surprisingly successful solo record from Dave Matthews.

Some Devil marked the first time Matthews set out on his own, and while it initially confused critics who didn’t understand how his solo work would be distinguishable from his work as bandleader, most later confessed that the album spoke significantly of his growth as a songwriter.

“Some Devil certainly feels more at home among modern singer/songwriters from John Mayer to Rufus Wainwright than it does next to the String Cheese Incident,” wrote AllMusic’s Stephen Thomas Erlewine.