Any sports fan will tell you: Sometimes a simple line-up change makes all the difference between an average team and a title contender.

Turns out, the same holds true for rock bands.

This week on Vinally Friday, we’ll explore a couple albums from two world-famous bands that had plenty of history – and even a few album releases – before they debuted a new line-up with a new sound, and broke through to mainstream commercial success. 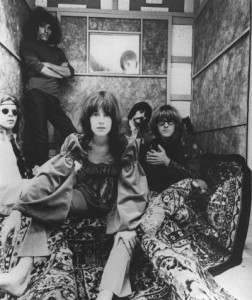 Craig will start us off with Jefferson Airplane’s 1967 hit, Surrealistic Pillow.

The San Francisco psych-rock band had already rotated through several lineups before its full-length debut in 1966, but it was the addition of co-vocalist Grace Slick – and a mention in Newsweek‘s write-up on the Bay Area’s burgeoning counterculture scene – that thrust them into worldwide fame.

Slick not only brought good vocals and great looks to the band – she also brought two songs from her previous group: “Somebody to Love” and “White Rabbit”. Those tracks – as well as a production and “spiritual” boost from Jerry Garcia – cemented crossover commercial success for Pillow and they continue to enjoy plenty of airplay to this day.

In fact, “White Rabbit”- which peaked at No. 8 on Billboard’s Hot 100 – finally sold a million copies this year. The album, too, was certified platinum as a whole by the Recording Industry Association of America in April.

Check out Rolling Stone’s retrospective album review for more in-depth background, and then tune in all morning as Craig introduces some of Surrealistic Pillow‘s great forgotten tracks. 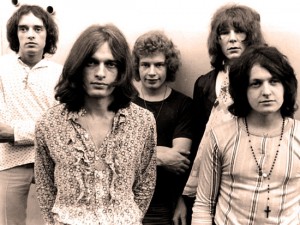 A switcheroo is also to blame for the ascension of English rock band Yes from the ranks of the obscure into the halls of the legends – although in this case, it was the addition of guitar virtuoso Steve Howe that made all the difference.

Yes had two albums already to its name and was at risk of being dropped by its label before it turned things around with Howe and its third studio effort, The Yes Album, in 1971.

Whereas previous works had mostly been comprised of dramatic re-arrangements of already-famous works, The Yes Album marked the group’s foray into original material – as well as into an expanded style that included jazz, funk and acoustic (and longer tracks).

The new direction worked: The album went on to reach No. 4 in the UK (No. 40 in the US), featured the band’s first major single (“I’ve Seen All Good People”) and was eventually certified platinum by the RIAA.

It was the “true” beginning of a band that would go on to release another 18 studio albums over the following four decades – and lead to their induction into the Rock and Roll Hall of Fame in April.

For more, check out Michael Gallucci’s write-up on the making of The Yes Album at UltimateClassicRock.com.

-He’s filling in for Alanya, but you wouldn’t notice if you checked out Mike’s Vinally Friday selection: Slightly Stoopid‘s 2005 release, Closer to the Sun.

Closer, which is also the namesake of the band’s music festival, was the San Diego band’s fourth official release.

Having been “discovered” by Sublime’s Bradley Nowell while they were still in high school – and subsequently signed to his label, Skunk Records in 1995 – they’d dabbled in punk-tinged projects and acoustic live sets before embracing on Closer what would ultimately become their trademark sound: an upbeat mix of rock, reggae, blues, hip-hop, metal and funk. 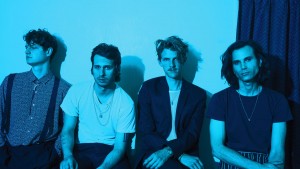 -Finally, Tommy will wrap up the day with Foster the People‘s 2011 debut, Torches.

Written primarily to back up the surprise success of breakthrough single, “Pumped Up Kicks,’ Torches peaked at No. 8 on the Billboard 200.

A second track, “Don’t Stop (Color On the Walls)” was featured in two heavily-rotated Nissan commercials, and the band made its SNL debut in 2012.

Foster the People’s third studio effort, Sacred Hearts Club, is due later this month. Check out the album’s debut single, “Loyal Like Sid and Nancy” HERE, and if you want to see them live they’ll play Spokane on Sunday, Sept. 3.