We can’t decide which we like more – our “New Tracks” program on Tuesday, or our vinyl feature on Fridays.

Always ready to absorb the latest musical offerings, it only makes sense that we would commit ourselves wholeheartedly to Tuesdays. But, you see, the vinyl that spins in the Trail studio on Friday is unique in and of itself: Not only is it almost always “new” to our ears, but even when we have heard it before the turntable transforms it into something entirely unexpected.

Not to mention we love hearing the stories Craig, Robert, Alanya and Tommy share during each segment.

With that, we’re excited to present another great four-pack of mostly new “old” music for this week’s “Vinally Friday”: 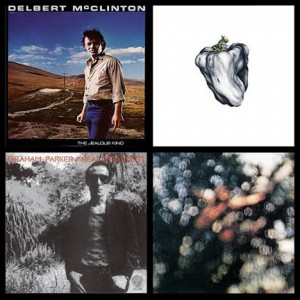 –Craig will kick it off with Delbert McClinton’s 1980 album, The Jealous Kind, which features the Texas blues rocker’s only Top 40 single, “Givin’ It Up for Your Love” as well as amazing covers of Van Morrison’s “Bright Side of the Road” and Al Green’s “Take Me to the River.”

–Alanya will follow up with a lesser known album from one of the Trail’s favorite groups, Ween. White Pepper was released in 2000 and marks the seventh full-length album from the Pennsylvania alt rockers.

The title is said to be an homage to The Beatles, combining Sgt. Peppers with The White Album. “White Pepper‘s similarity to the Beatles lies not in its sound, but rather in its execution,” wrote Pitchfork contributor Matt LeMay.

-Then Robert will take us across the pond to visit the British response to Dylan. Graham Parker & The Rumour’s second album, Heat Treatment, finished second in the Village Voice’s critics poll of the best albums of 1976, though Parker later singled it out as one of his least favorite works.

Check out this 2012 retrospective from Greg Freeman of The Guardian. 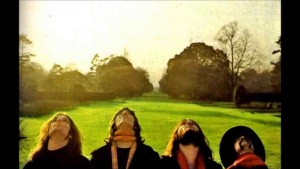 masterpieces, Obscured By Clouds. Written and recorded in 1972 during a break from the Dark Side of the Moon sessions, Obscured is the seventh studio album from the prog rockers and was based on their soundtrack to the French film La Valiee (The Valley).

Why, of all the Pink Floyd to choose from, did Tommy choose this one?

“Because I think it’s one of the more underrated records by Floyd yet it’s got some of the greatest songs,” he said. “And I’d like to hear it in more rotation.”