This week on the ol’ Trail turntable, Alanya celebrates the birthday of rock icon Jerry Garcia a tad early with a few spins of his first solo record, 1972’s Garcia. 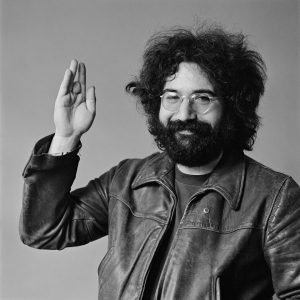 The guitarist and co-frontman for the Grateful Dead would be turning 76 next Wednesday, Aug. 1, had he not (finally) succumbed to the perils of his long-running health problems with a heart attack eight days after his 53rd birthday in 1995.

Despite being a true solo record at heart – Garcia pretty much played all the instruments except for drums – the album’s biggest contribution to rock fame was the later inclusion of six of its 14 tracks in the Dead’s regular concert repertoire.

These were the ones written by long-time friend and collaborator Robert Hunter, who continued to write lyrics for the band until Garcia’s death. In fact, Hunter was such an integral part of the Dead’s storied history that in 1994 he became the only non-performing member of a rock band to enjoy induction into the Rock and Roll Hall of Fame.

Craig is out, Alanya is taking over the Morning Show; Jerry, however, will be our guest in absentia from 6 am to noon.

• Robert will keep us in the 1970s with tracks from Roxy Music‘s fifth album, Siren.

Release in 1975, Siren is perhaps the English rock band’s most critically acclaimed album. Once called a “masterpiece” by Rolling Stone music writers, its consistently ranked among “best of” lists for 20th century albums. 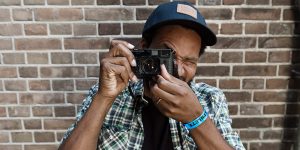 “Lacking the consistently amazing songs of its predecessor, Siren has a thematic consistency that works in its favor, and helps elevate its best songs … as well as the album itself into the realm of classic,” writes AllMusic’s Stephen Thomas Erlewine in his review.

• Tommy will close out the day with an artist previously featured on his New Show.

The artist is a skateboarder from Cali named Ray Barbee; his synth-tinged record, Tiara for Computer, just dropped in June.

Click HERE for an interesting back story on the creation – and naming – of the album from the magazine TransWorld SKATEboarding.