Remember when rock and roll was dominated by males?

Okay, so we don’t blame you for being a bit embittered by the fact that 25 years after Liz Phair set out to change that dichotomy it still remains (mostly) the same.

But we say “mostly” because despite the fact that the lyrical content of her 1993 debut, Exile in Guyville, remains relevant in 2018, the indie rocker did make some headway into 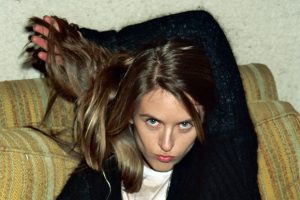 making music more gender neutral. The fact that Exile – a track-by-track response to the Rolling Stones’ classic 1973 album, Exile on Main St – remains in most critics’ shortlist of the top albums from the ’90s is one testament to that.

A second testament: Perhaps there isn’t gender equality in numbers among today’s music heavyweights, but one must admit that there’s much more freedom for the collection of women who do rock and roll. Freedom to experiment, freedom to push boundaries, freedom to be sexy, freedom to be militant. See: Beyonce.

With some exceptions, most cultural sea changes don’t happen with a single person making a single statement. Typically it’s a gradual thing – one day we look up and realize somewhere along the way was a shift. We thought when Phair dropped Exile, that would be the turning point. Turns out the 18-track collection was just one more stepping stone in a journey still not completely fulfilled today.

This week, Craig pays homage to Exile in Guyville in celebration of its 25th anniversary.

If you haven’t heard, Phair is currently cashing in on the occasion with a reissue of Exile in the form of a seven LP (or three CD) box set as well as a short tour.

For more details on Girly-Sound to Guyville: The 25th Anniversary Box Set, as well as a track-by-track breakdown of Exile, check out this recent Rolling Stone feature.

• They’re her faves, and she’s determined to make them yours, too: A few selections from Alanya’s expansive Ween catalogue as she (and you) get psyched for Dean Ween Group’s July 7th performance at the Top Hat.

Two years after rocking the Wilma, Dean – or more accurately, Mickey – is celebrating the release of his sophomore solo release, Deaner Rock 2. Check out the Relix review HERE. 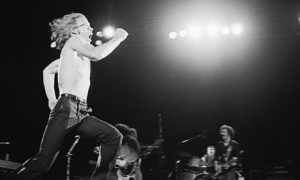 • Robert will memorialize the great American rock composer Warren Zevon 15 years after his death with a few spins of his 1986 chronology, A Quiet Normal Life: The Best of Warren Zevon.

Featuring works from first five albums – including the breakthrough single “Werewolves of London” from 1982’s Excitable Boy and the 1978 single, “Lawyers, Guns and Money” – the collection was the first of what would eventually be three complete “best of” compilations by the artist.

• Finally, Tommy will wrap up the day with an artist previously featured on his New Show – Norweigian indie rock group Boy Pablo and their studio debut, Losing You.

The band is currently touring their way west across the US, but the closest they’ll get to Missoula is at the legendary The Crocodile in Seattle on July 16.

There ya have it – another Tuesday, another batch of New Tracks on the Trail! Thanks as always to Rockin’ Rudy’s for sponsoring this weekly feature …