Most music aficionados are aware there are rules to having the blues.

For instance, while you can get the blues in a Memphis jail, you cannot get blues across town in the Nordstrom.

You can lament the blues over a glass of cheap alcohol or coffee, but not over chardonnay or a latte.

And a blues story is especially legitimate if it combines any number of variations of the qualifiers. For example: a drunken fight over a woman that leads to a fire that burns down the place is a great setting for a blues song. 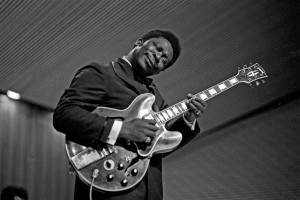 Two men were fighting over said woman when they knocked over a kerosene lamp and set the place on fire. King, who was performing at the time, escaped only to realize he’d left his $30 axe inside. And so he risked life – and long, illustrious career, we might add – to save it.

The name “Lucille,” he later explained, is a lesson for us all: “To remind me never to do a thing like that again.”

Good story or not, we’re glad King made it out safely.

His career as a blues legend is unparalleled – so much so  that they actually call him “King of the Blues.” And while we’ve only enjoyed a small fraction of the 44 studio albums he recorded before his 2015 death, we recognize the contribution that his contribution to the scene was much bigger and broader than that of a single man.

Tomorrow, Alanya will pay tribute to King two years after his death with a few spins of the 1968 album named after his famous guitar.

Lucille was King’s 15th studio record and includes the title track which spells out the story of the brawl, the fire and the risky rescue.

“I’m very crazy about Lucille,” he sings. “Lucille took me from the plantation. Oh, you might say, brought me fame.”

We’re thankful for Lucille, too.

-Craig will kick off the day with selections from Pete Townsend and Ronnie Lane‘s 1977 collaboration, Rough Mix.

Lane had recently reunited with his post-Faces group, Small Faces, but quit after two rehearsals. Despite his exit, the label notified him that he still owed them a record.

So he enlisted Townsend, and the two put out what critics hail as the chief performance for each musician’s solo careers – a departure from their traditional rock roots into “an early precursor to what we now label as ‘Americana’.” 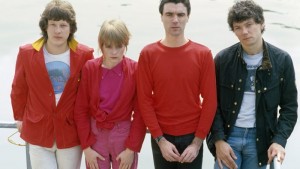 -Robert will guide us through the afternoon with the Talking Heads‘ fourth studio effort, Remain In Light.

Released in 1980, the album was built upon new sound and new technology, drawing on the polyrhythms, and funk influence of Nigerian musician Fela Kuti, with blends of early 1980s electronic pop – and built sonically from the ground up rather than lyrically from David Byrne down.

Remain In Light‘s first single, “Once in a Lifetime,” remains one of the band’s most appreciated tracks and the album itself was named fourth best album of the decade by Rolling Stone Magazine and No. 129 in the magazine’s ranking of the 500 Greatest Albums of All Time.

Earlier this year it was selected for preservation in the National Recording Registry by the Library of Congress.

-Finally, Tommy will close out the day with LCD Soundsystem‘s second studio album, Sound of Silver.

Released in 2007, the album has been described as “dance-rock for grownups.” 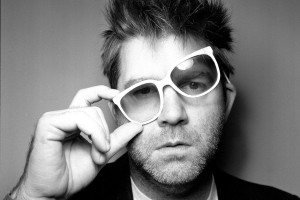 You might recognize its more popular track, “North American Scum,” from its iconic use in the 2008 Will Ferrell film Step Brothers.

And leave it to Tommy to be especially timely: LCD Soundsystem is currently all over the news. They’re so hot right now, one could say.

The Brooklyn-based dance-punk act broke up in 2011, but they recently released two new singles with a full reunion album reportedly coming soon.

The band featured both new songs as guest performers on Saturday Night Live earlier this month, and they’re slated to headline atSasquatch! next weekend.