The lawsuit failed – at least initially – but the headlines were damaging enough: Led Zeppelin formally accused of being posers!

More legalistically, the British rock legends were accused of copyright infringement – charged not only with ripping off a relatively obscure American psychedelic rock outfit, but earning millions of fans – and a comparative amount of dollars – with what is one of the most recognizable riffs in rock and roll history: the opening to “Stairway to Heaven.” 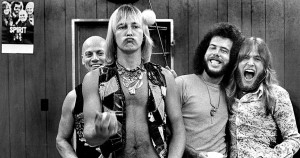 Was this the rock and roll version of David’s classic take-down of Goliath? For now, the courts say “no.” But the estate of Randy California, the late lead singer of said pysch band, Spirit, has appealed to the Ninth Circuit in a contentious legal battle that is certain to roll on for years.

How is it even possible that one of the most successful bands to rise from the 1960s could have stolen a riff from a band most of us have never heard of? Actually, quite simple: There was a brief time when the roles were reversed.

Spirit was quickly becoming a household name in 1968 when they set out on a major U.S. tour to support their self-titled debut album, which included a track they had been playing at virtually every show for years: “Taurus.”

The opening band for that tour? A new group known as Led Zeppelin. In fact, Zeppelin was so enamored by Spirit that they actually covered some of their material during these shows.

So is it possible that the most rock famous anthem from one of the world’s biggest band’s might actually have been stolen from the heroes of their early years? Yeah, it’s possible. But thus far, it’s just another unproven allegation. 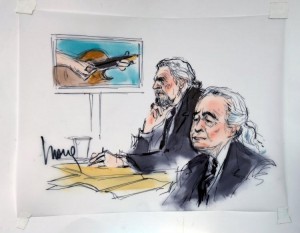 Thankfully, he’s got an outlet for that. It’s called Vinally Friday, and this week he’ll drag Randy California and crew’s fourth studio effort onto the turntable.

Produced by David Briggs (Neil Young) and released in 1970, Twelve Dreams of Dr. Sardonicus was initially a dud, peaking at No. 63 on the charts – the band’s lowest to that point.

But with strong catalog sales, six years later it became Spirit’s only album to be certified gold – and today’s critics are unwavering in their praise, using heavy words like “brilliant,” “masterpiece,” and “ahead of their time.”

In his review for AllMusic.com, Richie Unterberger called Twelve Dreams “one of the best albums ever produced by an American band.”

Were they, indeed, the father’s of “Stairway to Heaven?” We’ll let the courts figure that one out. But did they make great music? We’ll leave that up to you.

-Craig will kick off the day with the Beatles’ Hey Jude, a 1970 collection of (most) their non-album singles and B-sides. 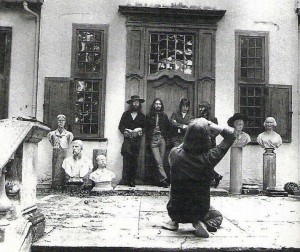 Until the release of their latter-years greatest hits collection, 1967-1970, Hey Jude was the only way to own the popular title track on LP or in stereo. This held true for most the other tracks as well, since prior to then all Beatles singles were issued only in mono.
-Thursday marked 36 years since the untimely passing of reggae superstar Bob Marley, and Alanya will pay tribute with the compilation album, Legend.

Released in 1984 by Island Records, the album is essentially a greatest hits collection from Marley’s solo career – with the exception of three tracks from his early years with Peter Tosh and Bunny Livingston.

Legend is also notable for its sheer retail success – 15 million sold in the U.S, 28 million globally. In fact, it still pushes as much as 5,000 copies a week and ranks only behind Dark Side of the Moon for number of weeks on the Billboard charts.

You probably know all the songs already … but do you know them in vinyl? Thanks to Alanya, you now can say you do.

-And finally, Tommy will wrap up the day with a band we weren’t familiar with until researching for this blog post. 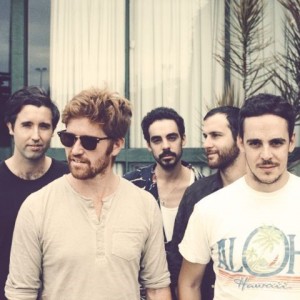 The Melbourne, Australia, trio is notable for their interchangeable roles within the band – swapping songwriting, instrumental and vocal responsibilities with each track.

They’ve also celebrated for their willingness to buck the traditional verse-chorus-verse formula.

“Rolling Blackouts Coastal Fever don’t operate so much like a traditional rock band as an improv theater troupe riffing on a pre-established theme,” explains Stuart Berman in his review for Pitchfork. “The locomotive rhythm may be locked in, but each member is free to ride it wherever they please.”

In case you don’t want to wait on Tommy to explore what R.B.C.F. is all about, we highly encourage you to start with this new video for the track “Julie’s Place”: