When it was first released, critics named Bob Dylan’s 1979 double-album, Live at Budokan, the worst of his career.

That wasn’t the first time Dylan didn’t meet his fans’ standards, and it certainly wasn’t the last.

But one of the more remarkable things about the legendary singer and songwriter is his seemingly complete lack of concern for what others said about his work – and that goes for the good stuff as well as the bad. (See last year’s Nobel Prize win.) 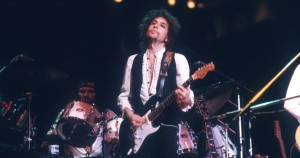 Whether they loved it or hated it, he owned it – and often it’s appreciation came later, just in its ability to stand the tests of time.

That appears to be the case with Budokan.

Recorded over two nights in Japan during Dylan’s 1978 world tour, the album is comprised mostly of radical alterations of his adored hits thus far.

Critic Jimmy Guterman named it one of the worst albums ever released in the history of rock, but still it went platinum and set a precedent for how Dylan would treat all his standards during the next four decades of touring.

“This radical re-imagining of his most familiar songs would become a hallmark of his concert approach from there on out, but at the time, some critics and fans were utterly dismayed,” writes Nick DiRiso in his 2015 retrospective for Ultimate Classic Rock.

Love it or hate it, Craig’s gonna play several tracks off it tomorrow as his selection for this week’s Vinally Friday segment.

-Alanya will follow up with another 1970s-era release from a rock legend – Reflections, the third solo album from Jerry Garcia. 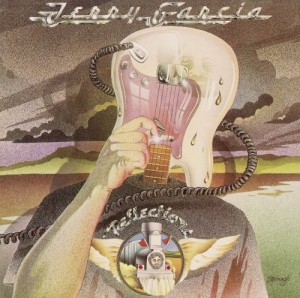 The Dead were on a rare touring hiatus at the time, and many of the band’s fans consider this one of their “lost” records.

“The material on this album is uniformly strong and includes some of the best studio work that the Dead had been involved in since American Beauty and Workingman’s Dead,” wrote Lindsey Planer in her AllMusic review. “Their sound is no longer as rurally influenced; instead, they adopt an equally laid-back, jazzy approach.”

A blend of originals and covers, several of the cuts recorded with the Dead made their way onto the band’s live repertoire for years to follow.

-Tommy will wrap up the day with the fifth studio from rock duo The Black Keys.

Produced by Danger Mouse and released in 2008, Atttack & Release marked a transition of sorts – a record recorded and completed in a professional studio with the 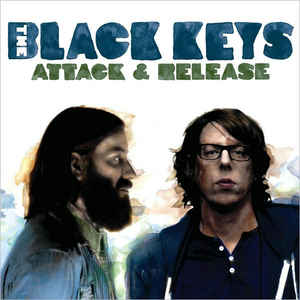 assistance of an outside producer, both firsts for the band.

The album was originally intended as a collaboration with R&B icon Ike Turner, but he passed away before they could record any of its tracks together.

Attack & Release – described by Pitchfork as the band’s “most adventurous album to date” – went on to make No. 83 on Rolling Stone Magazine‘s list of the 100 Best Albums of the 2000s.