Frank Zappa never made it to Montana, but considering his plans when he got here we probably didn’t miss too much.

That said, we still love the guy and his off-the-wall (and sometimes over-the-top) music and lyrics.

Among his most controversial projects is a seven-track effort released in 1973 titled Over-Nite Sensation.

Recorded during the same 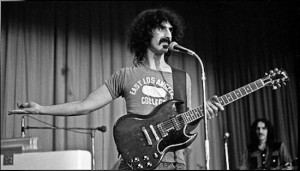 time as his more well received solo album, Apostrophe (‘), Over-Nite featured The Mothers of Invention as backing crew and a lot of crude double entendre’s about sex.

In fact, the album so irritated Ike Turner that he ultimately requested his Ikettes – including partner Tina – go uncredited for their backing vocals.

But the album represented a comeback for Zappa, who had been MIA for three years prior after disbanding the original Mothers of Invention and then being wheelchair-bound after a stage attack.

The album also marked a turning point for Zappa’s musical focus – the guitar coming front and center, lyrics losing their political touch and getting into comedic – if often graphic – social commentary.

Robert will give the notorious Over-Nite Sensation a spin or two Friday for his Vinally Friday selection.

For more album background, check out this article from Ultimate Classic Rock.

-Craig will kick off the morning with selections from Leon Russell & the Shelter People, the second solo album from the Oklahoma-born singer/songwriter and multi-instrumentalist. 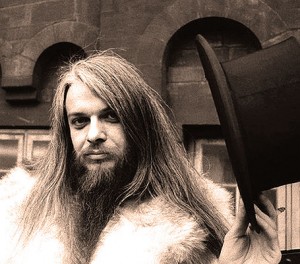 Russell most celebrated contributions to music during his 60-year career (he died last November) were as session musician for some of the most successful recording artists of the last 50 years.

In fact, he had just finished a long-term partnership with Bob Dylan and recorded with B.B. King and Eric Clapton the same year Shelter People was released (1971).

But with 22 albums and more than 400 songs, Russell certainly wasn’t afraid to do his own thing – and Shelter is arguably among his best solo work, if not his most indicative.

“Leon Russell & the Shelter People is a prime example of Russell’s instrumental dexterity and ability to produce some energetic rock & roll,” wrote Mike DeGagne in his review for AllMusic.com.

-Alanya will preview one of the more prevalent albums of an otherwise forgettable era of music – the early 1980s.

OK, so there was a lot of great stuff coming out at the time; but with the advent of New Wave, a lot of it fails to translate to the modern era.

An exception is Men At Work and their 1981 debut, Business As Usual.

The Australian group were launched into international superstardom with the release of the album’s first two singles, “Who Can It Be Now?” and “Down Under” – and there they have stayed for nearly four decades.

AllMusic.com’s Stephen Thomas Erlewine described Business as “one of the more enjoyable mainstream-oriented efforts of the era.”

Check out that review, or read Diffuser’s in-depth “making of” feature HERE. And then when you’re bobbing and shimmying, recognize you have Alanya to thank.

-Finally, Tommy will wrap up the day with a band he featured during the debut of The New Show late last month: Big Something, and their fourth studio effort, Tumbleweed.

We’ve enjoyed sliding Big Something’s reggae-infused “Song for Us” into the Trail lineup over the past few weeks, but now we’re excited to feature a little more of the North Carolina band’s more typical “alternative” sound.

Check out the Grateful Web review for Tumbleweed, which was released in February, HERE.