• A group of University of Montana students have partnered up to release an album on their own student-run record label, Switchback Records, and Alanya will celebrate its release with a few spins during her show Friday morning and afternoon.

Missoula to Memphis drops Friday and is available only in digital and vinyl formats.

You can take a listen HERE, or tune in to Alanya’s show – in addition to featuring some of its tracks, she’ll also be joined in-studio by some of the students behind the project.

The album is available for purchase at switchbackrecords.com or you can pick up a hard copy at a record release party 8 pm Friday night at Monk’s Bar in downtown Missoula.

• But first, Craig will take us back a few decades with a few spins of Jefferson Airplane‘s fourth studio record, Crown of Creation. 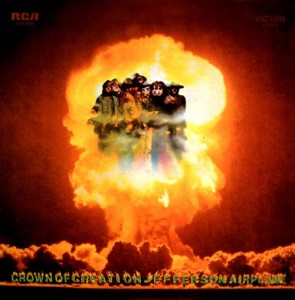 It had already been a year (and two albums) since the band broke into the mainstream with Surrealistic Pillow when Airplane headed into their new studio in the basement of a 20-room “mansion” across from Golden Gate Park in San Francisco.

The band was riding enormous success, but with the Bay Area music scene becoming perhaps the most prominent in the world at that time it was clear that in order to continue to score commercial success the band was going to have to somehow improve on its sound without altering its core concepts. Following the lead of Jimi Hendrix and British rockers Cream, Airplane chose to layer its acoustic, psychedelic identity with a heavier, more electric approach for the new material.

The resulting album achieved the success they were wanting, peaking at No. 6 on the Billboard Pop Charts; however, you could argue the band lost its way here. After several members began exploring side projects, the band came together just one more time for a country rock-inspired album in 1969 (Volunteers) before their “classic” line-up disseminated permanently.

“Caught between style and stylizazation the Jefferson Airplane seem momentarily trapped artistically in a position where they may engulf themselves through their own exemplary aesthetic efforts,” wrote Rolling Stone critic Jim Miller in October of that year. “Crown of Creation (like the other Airplane albums) has its high points, but it certainly also has its disappointing low points.” 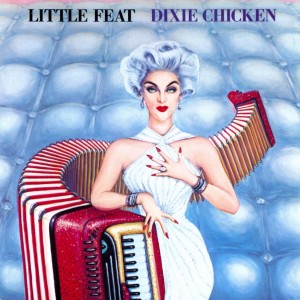 • It’s usually true that when a founding member departs, a band doesn’t have long to go.

Not the case for Little Feat, which actually found its signature sound after a significant line-up change in 1973.

Bassist Roy Estrada left for Captain Beefheart and was replaced by Kenny Gradney; the band then augmented itself two new faces – guitarist Paul Barrere and percussionist Sam Clayton. The result? One of the 1970s landmark American rock albums, Dixie Chicken.

“No album they would cut from this point on was too different from this seductive, laid-back, funky record,” wrote All Music critic Stephen Thomas Erlewine. “But no album would be quite as good, either.”

For more on the making – and legacy – of Dixie Chicken, check out this retrospective at UltimateClassicRock.com in celebration of the album’s 45th anniversary in January.

• Tommy will wrap up the day with the Beatles‘ final studio release, 1970’s Let It Be.

Conceived as far back as 1968, Let It Be was intended to be a return to basics for the four-piece, which had been experiencing a lack of interpersonal cohesiveness in recent years. 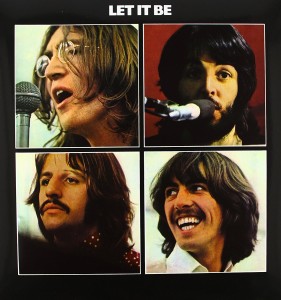 But rather than bringing John, Paul, George and Ringo back together, the album’s recording process ultimately tore them apart for good. Fights over Yoko Ono’s presence in the studio, power struggles over creative direction – at one point George left, only to return after the band agreed to move to a new studio and bring in guest musician Billy Preston for a few tracks.

Despite the conflict, Let It Be – the band’s 12th overall – went to No. 1 in both the US and the UK and spawned some of their most beloved hit singles to this day, most notably the title track and “Get Back.”