• Fresh off a major chart-topping comeback album, The Kinks were riding high when they departed their longtime label for a new five-album deal with RCA Records. 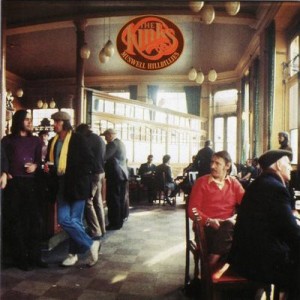 But instead of keeping that momentum alive, the English rock band stuttered – and though celebrated as their “last great record,” Muswell Hillbilllies failed to even crack the UK charts upon its release in 1971.

Named after the neighborhood in which band leaders Ray and Dave Davies grew up, Muswell is a somewhat autobiographical record centered on themes of poverty and the working class.

Who cares about the charts anyways, right?

“Regardless of its commercial fate, Muswell Hillbillies stands as one of the Kinks’ best albums,” wrote Stephen Thomas Erlewine in his AllMusic review.

This week, Craig kicks off another trip ’round the turntable with the band’s ninth studio album.

• Alanya will follow up with the eighth studio release from Umphrey’s McGee – also a record label debut.

Recorded at IV Lab Studios in Chicago, Similar Skin was the prog rockers’ first on their new in-house label, Nothing Too Fancy Music. 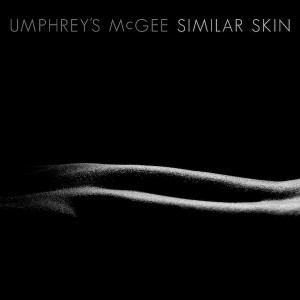 If you like what you hear, you can catch Umphrey’s LIVE at The Wilma this coming Wednesday, March 14th. Alanya will be giving a pair of tickets away sometime during her show, so be sure to get those dialin’ fingers ready!

• Finally, Tommy will wrap up the day with a nod to the Travelers’ Rest Festival set for early August at the Big Sky Brewing Amphitheater west of town.

If you didn’t hear, festival organizers announced the line-up for the two day festival earlier this week – and it looks like this year’s is going to be as exciting as last!

Tommy’s given one of those bands a lot of play on his weekly New Show – but this time he’ll give ’em the vinyl treatment.

The band’s called Waxahatchee, and the album is 2017’s Out in the Storm.