He’s the most successful rock guitarist you’ve never heard of.

But, of course, our in-house prog rock historian, Robert Chase, knows all about Adrian Belew and the marvelous things he’s done.

-Nearly three decades as frontman and guitarist for King Crimson 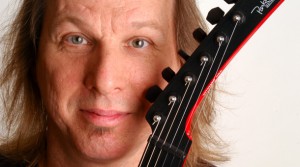 -Extensive work as session and touring musician for bands and artists like the Talking Heads, David Bowie, Frank Zappa and Nine Inch Nails

It’s the first release from that last category that Robert will throw onto the turntable tomorrow for our weekly Vinally Friday segment.

During the recording of the debut album by Talking Heads’ spinoff Tom Tom Club, Belew and members of his own side group, GaGa, found some time to work in a set of parallel sessions. The resulting material would result in his first solo album, Lone Rhino.

Released in 1982, Lone Rhino was a demonstration of his repertoire thus far – Zappa and Byrne-influenced tracks blended with world music and sonic experiments. It would set the groundwork of decades of powerful composition from the relatively unknown mastermind.

We invite you to learn more about Adrian Belew (and why he’s on all your ’80s records) HERE. 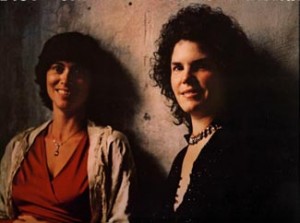 -Craig will introduce us to another relatively unknown musical act – Joy of Cooking.

Formed in in 1967 in the shadow of the hippie movement by pianist Toni Brown and guitarist Terry Garthwaite, Joy of Cooking stands out as one of the earliest female-fronted bands in rock history.

-Alanya will follow up with a preview of next week’s Mandolin Orange show at The Top Hat.

Alanya will play her favorite tracks from the fourth of their five studio albums, 2015’s Such Jubilee.

Critics have compared it to Gillian Welch and David Rawlings, and Rolling Stone Magazine named it one of its 30 great country albums of 2015 you probably didn’t hear.

Tickets are still available for next Thursday’s show HERE. 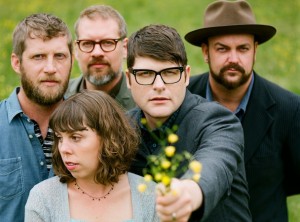 -Finally, Tommy will get us psyched for the recently announced Travelers’ Rest Festival with a spin of Decemberists’ sixth studio album, 2011’s The King Is Dead.

The Portland band with Missoula roots will curate and headline the two-day festival out at Big Sky Brewing Company this summer. It’s a place they played as recently as 2015, and with more than a dozen other bands joining them on two different stages this is perhaps the musical apex of the summer.

The King Is Dead is an homage to the Smiths and inspired by the American traditional music that underlies R.E.M. In fact, Peter Buck appears on three of its tracks.

It was also the first Decemberists album to ever go No. 1 in the U.S.