It’s funny – in every description we’ve read of Umphrey’s McGee, the author shares the same dilemma: How does one pin down a band when they can’t pin down their sound?

Most fall back on the easy label – “jam band.” But those who don’t shy from challenge will readily admit that’s not really a fair application. 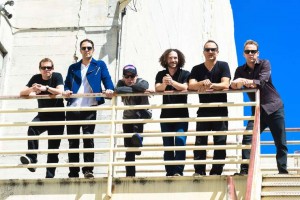 But the music itself?

A little Beatles pop, a dash of prog rock ala King Crimson or Rush, and undertones of the overdrive rock common to Zeppelin or Soundgarden.

Those lucky enough to snag tickets to Umphrey’s McGee’s two-night stand at The Wilma this weekend will get a chance to hear the band in their element.

The rest of us will get a taste of what the hype is all about when Alanya throws their 2014 record, Similar Skin, onto the turntable tomorrow morning. It’s her Vinally Friday pick for this week, and we encourage you to take some time to give it a listen.

In the meantime, check out Blurt’s album review, and don’t forget to pick up your tickets for the weekend show(s) HERE. 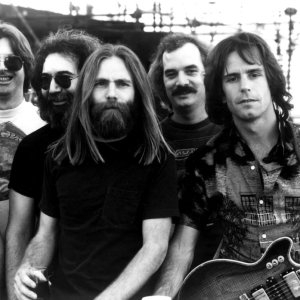 Released by Warner when the band departed to record with Arista in 1977, the double-album features two full sides of mostly studio tracks from their late-1960s, early-1970s era work, followed by another two sides of live material.

In his review for AllMusic, Fred Thomas acknowledges the album for it’s accessibilities to Dead newcomers.

Craig will follow up with the Disc 2 next Friday.

-Robert will be broadcasting live from The Top Hat for our monthly “Trail Happy Hour” program, so his vinyl selections this week will be pre-recorded from some of his favorite Vinally Friday picks in weeks past.

-Tommy will wrap up the day with one of our favorite albums from last year, Band of Horses‘ Why Are You OK.

Produced by Jason Lytle of Grandaddy, this is the fifth studio release from the indie rockers. It spawned three singles, all of 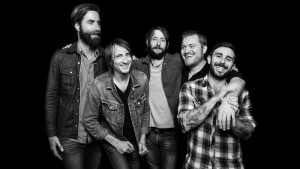 which were played in heavy rotation on The Trail: “Casual Party”, “In A Drawer” and “Solemn Oath.”

In his album review for Rolling Stone Magazine, critic Jon Dolan praised the band for its ability to bring the “mythic” down to earth.

They’re cut from the same porch-as-arena cloth as, say, My Morning Jacket,” Dolan wrote. “But they’ve never let too much ambition or angst or spiritual seeking get in the way of an unassuming nice time.”

Funny – the same could be said of Tommy!