David Bowie once called them his favorite band.

Their sound was described as “rockabilly from hell.” And then they – poof! – disappeared from scene as quickly as they arrived.

Robert will remind us what the fuss with UK post-punk trio Screaming Blue Messiahs was all about with a few good spins of their major studio debut, Gun Shy, on Friday. 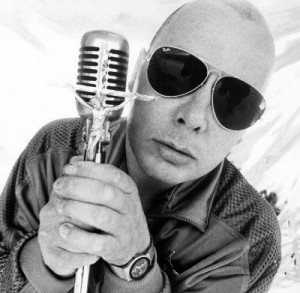 With a sound similar to the Clash – or maybe a tough guy’s Cure – the Screaming Blue Messiahs were known mostly for their live show antics, which were loud and unhinged.

Robert himself was witness to this when he saw the band open for Echo & the Bunnymen in 1988.

We like this description by Jim Betteridge from International Musician Magazine, posted verbatim on the band’s Wikipedia page:

Singer/guitarist Bill Carter “plays without a pick, crashing the flesh of his fingers into the strings with little regard for its mortality,” he wrote. “Blood can often be seen splattering across the scratch plate – or the place where the scratch plate would be if it hadn’t been removed.”

And here’s the Bowie interview where he extols the Screaming Blue Messiahs as his “pet project.”

Find out yourself what the fuss is all about during another edition of our weekly Vinally Friday program.

-Craig will introduce us to the BoDeans‘ third studio album, Home. 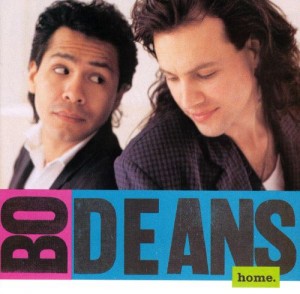 Released in 1989, Home melded the roots-influenced sound of the Wisconsin band’s popular debut the ’80s rock sound of its less celebrated second, and the ambient guitar-playing style popularized by U2’s The Edge.

It was also the first BoDeans record to feature Michael Ramos on keyboards.

-Alanya will give us a little sneak-peak of Friday night’s GreenSky Bluegrass show with a spin of their fifth album, If Sorrows Swim.

Released in 2014, If Sorrows Swim is a little bit bluegrass, a little bit country (and yes, a little bit rock and roll) – a sound they’ve almost perfected as the Michigan band continues to decline invitations to the genre-specificity ball.

Tickets for Friday’s show at The Wilma are still available for purchase HERE.

-Tommy will close out the day with Depeche Mode‘s critically acclaimed 1990 release, Violator. 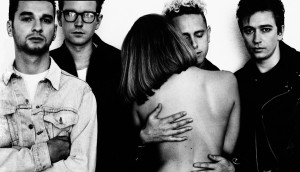 The English electronic band had already been around 10 years and enjoyed a pretty significant following, but Violator catapulted them to international stardom with Top 10 singles like “Personal Jesus” and “Enjoy the Silence.”

Violator would be the band’s first album to crack a million units sold and would go on to make No. 57 on Rolling Stone Magazine’s 100 Best Albums of the Nineties list.

Depeche Mode is currently touring in support of its 14th release, Spirit.