A little bit of a truncated version of our usual Friday as both Alanya and Tommy are off the air.

But Craig and Robert are still here, and they’ll be dipping back into the late ’60s with a few rarities from a few of the greatest musical contributors of the time.

• Craig will introduce us to his new copy of the Grateful Dead’s self-titled debut. Recorded over four days in Los Angeles, Grateful Dead wasn’t much of a hit outside the Bay Area after it’s 1967 release. It didn’t help that the band’s greatest appeal was their live performances built around improvisation – a hard sound to capture on an album at that time.

Craig is excited to introduce his “new” 180-gram Rhino version of the album to Trail listeners – big thanks to Ear Candy music for making that happen!

• Robert will follow up with what would have been Jimi Hendrix’s fourth studio effort had he not died before it’s completion.

The 17 tracks that comprise First Rays of the New Rising Sun were recorded at Hendrix’s Electric Lady Studios in New York between 1968 and 1970, but were never released 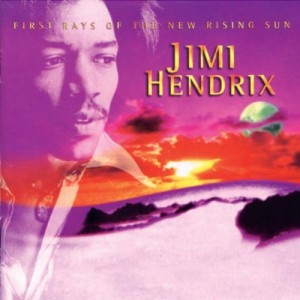 as a single album until his estate packaged it in 1997. That said, most of the tracks were released on the many posthumous albums released in the interim.

All Music critic Bruce Eder takes issue with the album’s release, saying it’s impossible to know how Hendrix would have massaged the unfinished works before putting them out for public consumption.

“All of that said, this is a superb album, and a worthy if very different, earthier successor to Electric Ladyland’s psychedelic excursions,” he writes. “What he would have eventually come up with and released as his next musical statement is anyone’s guess, but this gets you as close to that answer  – and that vision – as you’re ever likely to get. It is the best representation of where the songs were at the point that he died, and it’s fully competitive, in terms of merits and surprises, with his trio of completed studio albums. ”