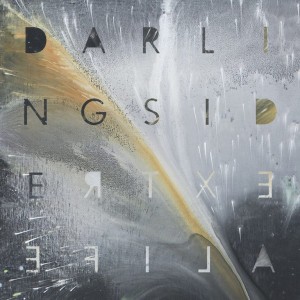 • We were truly enchanted with Darlingside when they graced the stage at the Top Hat in 2016 – specifically by the four-piece’s Beach Boys harmonies and the endearing, bluegrass-style way in which they circled around a single microphone for their performance.

The Boston-based group is out with another full-length, the 12-track Extralife, which dropped just this past week.

NPR music critic Brittney McKenna describes the new work as “apocalyptic art without an overt political agenda” in her recent review, and praised the band for its willingness to abandon the folk-rock leanings of its earlier works for “experimental, complex chamber pop, all while spinning sparkling yarns of underground bunkers and nuclear fallout.”

Tommy’s got Extralife on vinyl, and he’ll introduce some of his favorite tracks as his selection for this week’s Vinally Friday.

But before we get there, Alanya will take us back to magic of the aforementioned performance – the folk-rock days, if you will – with a few spins of the band’s 2015 album, Birds Say.

• In today’s ever-shifting musical climate it’s hard to imagine a band sticking around for five-plus decades – much less a blues outfit. But that’s the story of British-based Savoy Brown, which celebrated the release of its 39th album just this past year. 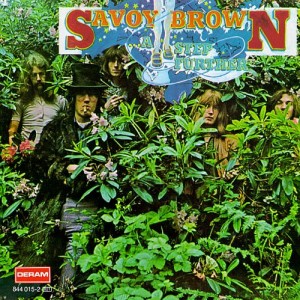 Granted, only one of its founding members, guitarist Kim Simmonds, is still with the group (their Wikipedia page lists 60 former members and 33 different band line-ups). Still, it’s pretty impressive and its speaks volumes not only to the band’s universal appeal but also its resiliency.

This week, Craig will kick off another trip ’round the Trail turntable with Savoy Brown’s fourth release, A Step Further, from 1969. Side A is five tracks, including a meandering 20-minute guitar track, while Side B is all live material recorded from the band’s performance at The Cooks Ferry Inn in London earlier that year.

For more on Savoy Brown, check out Simmonds’ 2015 interview with the San Diego Union Tribute in celebration of the band’s 50th anniversary. 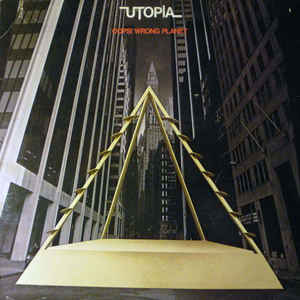 • Todd Rundgren is to rock and roll what salt is to spices – he seems to play a role in some capacity or another in about every single genre to roll out over the past four or five decades.

It was in the mid-1970s that he shifted his focus from regular rock to prog rock to pop rock, with the band Utopia as his medium. After the ever-changing line-up of an earlier incarnation of the group was finally settled into a stable quartet, the band settled into a “mainstream” sound with the release of 1977’s Oops! Wrong Planet.

“… It comes as a shock to hear Utopia be outright accessible and listenable, two qualities virtually foreign to their previous work,” writes Stephen Thomas Erlewine in his review for AllMusic. “The end result of all this is that Oops! Wrong Planet is more consistent than earlier Utopia records, but is not as sporadically brilliant or rewarding as Rundgren’s solo albums.”

Utopia recently announced the reunion of its core three, Rundgren, Kasim Sulton and Willie Wilcox – with the addition of earlier collaborator Ralph Schuckett – for its first North American tour in 32 years. The band will also release a seven-piece box set in April.