The biggest news story of the week came not in the form of a Presidential tweet but via an animated band’s social media platforms.

In case you missed it, Gorillaz has arranged for its first live performance in five years this summer – at their own festival, no less. It’s called Demon Dayz Festival, and while a full line-up is yet to be announced it’s already the must-see of the year. 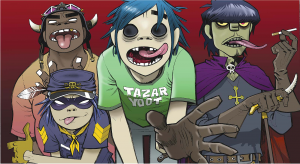 Damon Albarn and company have also reportedly finalized their new album – their fifth as a band and first since 2011’s The Fall. Collaborator and comic book artist Jamie Hewlett has described the new work as “really fuckin special.”

Still awaiting an announcement on when that will drop.

In the meantime, Tommy will honor the news with a throwback to the band’s first studio release. Gorillaz, which featured break-out track “Clint Eastwood” and several others, sold seven million copies after its 2001 release.

Enjoy the vinyl version Friday while we eagerly await more news from our favorite simulated band.

-Craig gave us a taste last week of the first half of the double-album What a Long Strange Trip It’s Been … The Best of the Grateful Dead.

This week, we get the rest.

Released by Warner in 1977, Disc One featured mostly studio versions of the band’s biggest hits from the late 1960s and early 1970s. Disc Two is all live material, though much of it is truncated due to time constraints. 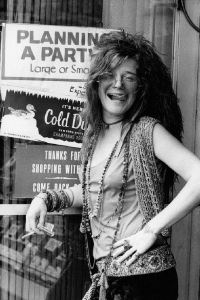 -Alanya will follow up with a few spins of Janis Joplin’s classic record, Pearl, from 1971.

Joplin had already made quite a name for herself with debut Cheap Thrills, but Pearl is the one that carved her notch in the totem of rock legends. Unfortunately, the singer died of a heroin overdose before the album was released.

-Much has been written on this site about the trio of Portland sisters known as Joseph. From their breakout hit, “White Flag” to their latest single, “SOS (Overboard)”, Joseph has pretty much taken over the airwaves at the Trail for the past six months or so.

Their much anticipated performance at The Top Hat is finally here, and so Robert will get us primed for the show with music from the rest of the group’s sophomore album, I’m Alone, No You’re Not.

If you like what you hear, tickets are still available HERE.