The album became his fastest-selling to date, going gold within three months – but never really caught on with the critics like his earlier works.

That said, hindsight is 20/20 – and many are finding more value in Wavelength as they look back.

“The primary appeal of this record is its atmosphere, a charmingly relaxed outing, high on mildly swinging mid-tempo numbers and round, welcoming ballads,” Stephen Erlewine wrote in his retrospective for AllMusic. “Surely, an album of subtle pleasures like this is primarily for the converted, but once you’re there, it’s hard to resist.”

Morrison convert or not, we hope you, too, find the gold buried within Wavelength tomorrow morning.

-Alanya will follow up with a spin of Railroad Earth‘s 2014 release, Last of the Outlaws, in advance of their show at The Wilma tomorrow night.

The New Jersey sextet is celebrated for their ‘out-of-the-box’ approach to roots and Americana music: Always ready to explore new territory, always open to melding multiple genres, with a sound incredibly difficult to pin down. 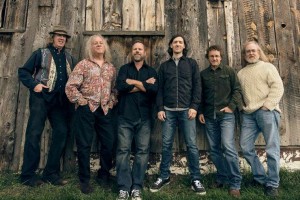 In her review of the band’s final of three straight performances in Denver last month, 303 Magazine’s Allison Cohn pointed out that the band doesn’t just throw in one or two odd stringed instruments every now again – they throw a whole bunch in ALL the time.

“This is what makes their sound so dynamic: half of the band members play multiple instruments, switching throughout the set depending on the song.”

If you like what you hear, pick up tickets and get more show details HERE.

-Robert will reverse back into the 1960s and ’70s with George Harrison‘s first collection of greatest hits.

The Best of George Harrison was released in 1976 following the expiration of the former Beatle’s EMI-affiliated Apple Records contract.

That’s an important tidbit because it meant that Harrison – who at the time was the most successful Beatle to go solo – had no say on the track selection. In essence, it was the label’s attempt to capitalize on the famed singer/songwriter while he began releasing new material on his own Dark Horse label.

The first half of the album features some of his more famous works as a Beatle, with the second half showcasing his 1970s solo work. 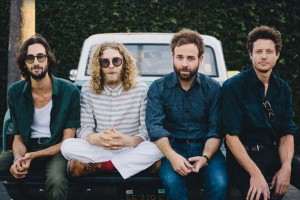 The Best of George Harrison peaked at No. 31 on the US Billboard 200 – but peaked again at No. 9 on Billboard’s Top Pop Catalog listings after his death in 2001.

-Finally, Tommy will conclude the day with a few spins of Dawes‘ latest release, We’re All Gonna Die.

The high-energy folk rockers from California are currently touring in support of the album, their fifth, and will perform at The Wilma on Saturday.

Get show details or buy your tickets HERE.