You know an album has merit when even its reviews are artfully crafted.

Such is the case for Stevie Wonder’s 1972 smash hit, Talking Book – his 15th release at the time, but arguably still his most important contribution to this day. 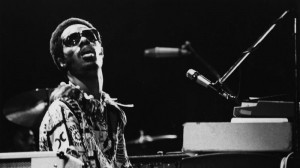 Rolling Stone Magazine‘s Vince Alettie: “Even at its dreamiest, the music has a glowing vibrancy … Altogether, an exceptional, exciting album, the work of a now quite matured genius.”

And then later: “… imitating life, it veers breathtakingly from love to heartbreak and back with barely a pause.”

It wasn’t just the sound of Talking Book that made it so significant. The release also marked a coming of age for “Little Stevie” who, now 22, was interested less in hit singles and more in innovation.

That said, the album was full of hits – notably “You Are the Sunshine of My Life” and “Superstition,” each which rocketed to No. 1 on the Billboard Hot 100 and garnered Wonder his first Grammy Award wins.

Robert will show us what all the hype is about Friday with a treatment on the turntable.

In the meantime, we encourage you to check out NPR’s story behind the album HERE.

-Craig will kick us off with a few spins of The Byrds’ Greatest Hits. 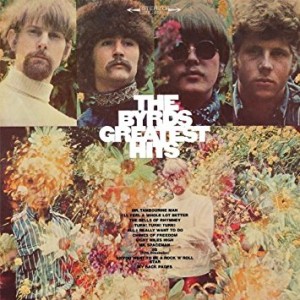 Released in 1967, the 11-track compilation includes all eight of the California psychedelic-pop band’s singles during what most would consider their peak years.

Two of the tracks – “Turn! Turn! Turn!” and “Mr. Tambourine Man” – had each topped the Billboard Hot 100 and were among music’s most significant social commentary in an era notorious for such stylings.

-If you thought Taj Mahal was a blues artist, we’ll forgive you for the error.

Though the self-taught singer-songwriter made his name playing traditional blues, those who celebrate Mahal’s entire collection recognize him much more as a connoisseur of world music.

It’s an appreciation he developed at a very young age – from his father, a West Indian jazz arranger, the many musicians from the Caribbean, Africa and U.S. who frequented his childhood home, and from the family’s shortwave radio, which received broadcasts from around the world.

Mahal also studied ethnomusicology at the University of Massachusetts-Amherst, with a focus on the folk music of the Caribbean and West Africa.

So in the 1970s, it was only natural that he began introducing elements of reggae, calpyso, jazz, zydeco, R&B and gospel into his musical palette. Alanya will dip into that Friday with a spin of Mo’ Roots, a collection of reggae tunes that marked the musician’s seventh studio release. 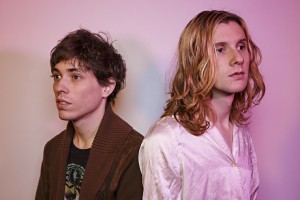 -Finally, Tommy will wrap up the day with Foxygen’s latest, Hang.

Released last month on Inauguration Day, Hang sounds frankly like a sigh of relief – a resolution to a half-decade long suspension on the indie rock duo’s ability to cohere and remain rightfully relevant as a band.

Every track of the psych-rock record includes a 40-piece symphony orchestra. In fact, many of the tracks are purely instrumentation. And the critics love it.

“Hang is the kind of investment of time, money, and patience a band can only make if they intend to stick around for a while,” wrote Evan Rylewski in his review for Pitchfork.
“An audacious timpani crash of an album that satirizes its own grandiosity in real time.”

We featured one of the tracks – the Elvis Costello-sounding “Follow the Leader” – on our New Tracks segment in November. Now we’ll unveil the rest.

Finally, it’s Friday! It’s Vinally Friday, only on the Trail!