When John Lennon describes a song as his “greatest accomplishment,” you’d be wise to take a close, close listen.

That’s exactly how he described “Strawberry Fields Forever” after its release in 1967 – a feat of musical mastery, lyrical genius and cultural significance.

You could argue the track was a matter of destiny: the ultimate conclusion of the Be 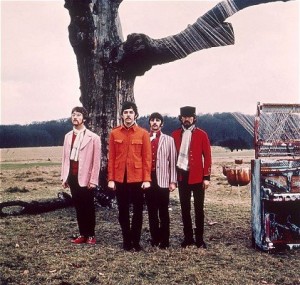 atles’ transformation from live act to studio mastery. Or you could, unlike us, stop analyzing this kind of stuff and just learn to sit back and enjoy a great, great song.

That’s exactly what Craig will afford us tomorrow as he celebrates the 50th anniversary of “Strawberry” with a good spin on the turntable.

Craig will play several off the Beatles’ eighth studio album, Magical Mystery Tour – but it’s “Strawberry” that will get the royal treatment.

Written by Lennon, recording began in November, 1966, and took 45 hours over a five-week period. The final product was a conglomerate of multiple recordings, each with different keys and time signatures.

Follow this link for more detailed background on the song’s development, recording and place in the annals of rock history. Trust us, it’s riveting.

And while you’re at it, scroll down for the official music video!

-Alanya, in her quest for a cozy escape from the cold, will sooth us with some cool jazz from Billie Holiday’s Greatest Hits. 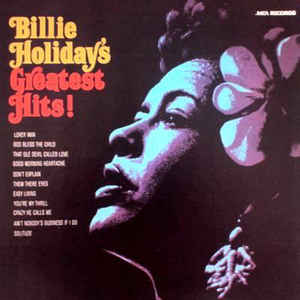 It should come as no surprise that Holiday is featured in dozens of best-of compilations, but this one from 1980 is specific to her rise to fame in the late 1940s and 1950s – specifically, her Decca years.

Holiday had already made a name for herself with “Strange Fruit” in 1939, but it wasn’t until she signed with Decca in 1944 and recorded “Lover Man” that she became a chart sensation.

That track leads off this 11-track album, which also includes favorites like “Don’t Explain, and “That Ole Devil Called Love.”

-Robert, as usual, is making things complicated this week.

He set out to play a few tracks off Tom Waits’ debut, 1973’s Closing Time. But on Wednesday one of his prog rock heros – Greg Lake of King Crimson and Emerson, Lake & Palmer fame – passed away.

So Robert will still give us a little Waits – “a boozier, earthier Randy Newman,” Rolling Stone called him in their original album review – but also some classic cuts off Crimson’s first two albums, 1969’s In the Court of the Crimson King and the following year’s The Wake of Poseidon.

Lake was 69. Check out an obituary HERE. 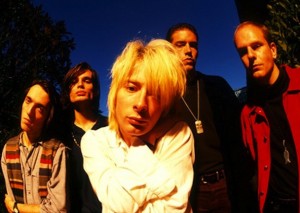 -Finally, Tommy will wrap up the day with a few spins of Radiohead’s 1993 debut, Pablo Honey.

Dubbed the “British Nirvana” by critics, the Radiohead of the early ’90s was very, very different from the one we know today.

In fact, some more loyal fans are quick to dismiss Pablo as a misfire from a young band just trying to cut it’s teeth in an over-saturated alternative music market.

But still others accuse those critics of doing what we’re prone to do – over-analyze.

“… When you consider that Radiohead would become one of the most innovative bands of the decade, Pablo Honey feels somewhat conventional,” writes Brian Linder of IGN Music in his 2009 ranking of the band’s albums thus far. “That doesn’t make it any less awesome, however.”