Fans of The Shins have a lot to be excited about.

Not only is the Portland-based band slated to release its first album in five years this spring, but earlier this week it was announced they will co-headline this year’s Sasquatch! Music Festival.

But the best news of all? Tommy is giving The Shins some love this week with a few spins of 2012’s Port of Morrow. On vinyl.

OK, so maybe we’re lacking a bit of humility here. 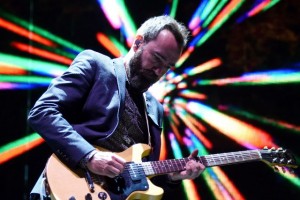 But still, it’s pretty cool that we have the opportunity to put some of our favorite records on the turntable every week. Add that to our introduction of the band’s first single off the album – “Name for You” – during our New Tracks on the Trail segment last week, and it’s clear timeliness is just one more reason local radio is better.

Port of Morrow was The Shins’ fourth studio album and marked the beginning of a new era for the band. Inspired by the Heath Ledger memorial service to both cut ties with his bandmates and move forward with new music, front-man James Mercer found new groove in more electronic instrumentation.

The resulting work is not only celebrated as among the band’s best, but its premiere track – another Trail favorite, “Simple Song” – remains The Shins’ highest-charting song ever in the U.S.

-Craig will dip into the Bruce Springsteen archives with a spin of the rock giant’s second studio album with the E Street Band, The Wild, The Innocent, and the E Street Shuffle.

Released in 1973, the album marked a departure from his earlier, folk-inspired work, into something a little more rock ‘n’ roll.

Ken Emerson of Rolling Stone Magazine classified Springsteen as “a considerable new talent” in his original review, and the 1992 edition of the “Rolling Stone Album Guide” called WIESS a “masterpiece”. 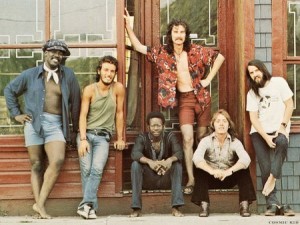 Learn more about the making of this classic piece of rock history in this amazingly detailed story from Ultimate Classic Rock’s “Dusting ‘Em Off” series.

-One of reggae’s rising stars, Protoje, returns to Missoula next Thursday, and Alanya will prep us for the show with his third album, 2015’s Ancient Future.

The Jamaican singer/songwriter gained notoriety with a hip-hop-influenced mix-tape in 2005, but shifted into a more contemporary reggae and dancehall style for his studio debut and subsequent releases. 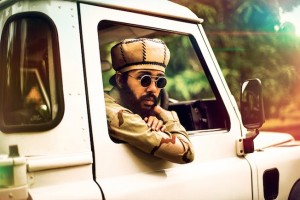 Protoje and his backing band, Indiggnation, will share the Feb. 2 bill with Iration and Zach Deputy. For tickets and details, visit The Wilma’s event page.

-Finally, Robert will hit us off with several tracks from Todd Rundgren’s celebrated double-album Something/Anything? from 1972.

The album – his third – is remarkable for several reasons, chief among them being that on three of its four sides Rundgren not only provides all of the instrumentation and vocals, but he produces it as well.

Something/Anything? remains the future prog-rocker’s best-selling album to date, making it to No. 173 on Rolling Stone’s list of the 500 Greatest Albums of All time.

“There’s a good reason,” reflected PopMatters critic Zachary Houle four decades later, who called it one of pop rock’s “most enduring and perfect double albums” and a piece of “pure music nirvana.”

“It’s a record (or records, plural) where Rundgren proves, once and for all, that he was a visionary talent, and quite capably, too,” he wrote.

Finally, it’s Friday! It’s Vinally Friday, proudly brought to you each and every week on the Trail 103.3.