When Jamaican crime film “The Harder They Come” premiered in Kingston, 40,000 people showed up to the 1,500-seat theater.

Jimmy Cliff was already a reggae superstar, but now he was about to go worldwide on the big screen – and with Bob Marley also breaking onto the international scene, never had Jamaica been more hyped about its music culture. 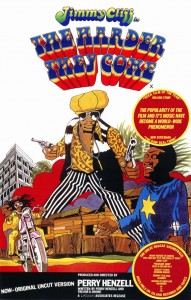 Tomorrow, Alanya will remind us what the Cliff hype was all about with a few good spins of The Harder They Come – the soundtrack to the iconic film.

Harder, which is ranked No. 119 on Rolling Stone‘s “500 Greatest Albums of All Time” features only one original track: The title number, written by Cliff for the film.

The rest – including three additional Cliff tracks plus songs by Toots and the Maytals, Desmond Dekker and other Jamaican artists – is compiled of singles released locally in the five years prior.

-Craig will remind us why Ozark Mountain Daredevils were celebrated for their live performances with their sixth album, It’s Live.

Recorded at performances across Missouri and Kansas in 1978, this was the Southern rock/country act’s version of a “best of” compilation as they departed from A&M Records.

Highlights includes an acoustic version of “Satisfied Mind” cut in a men’s shower backstage and an encore of “It’s All Over Now.” 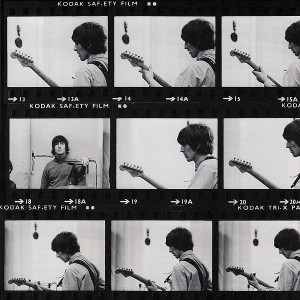 -Robert will celebrate the birthday of The Beatles’ Rubber Soul.

Released Dec. 3, 1966, Rubber was the band’s sixth studio album. But perhaps more importantly, it marked the beginning of the band’s transition from a live act to exclusively studio-oriented artists – a transformation which would be followed up by Revolver in 1966 and Sgt. Pepper’s Lonely Hearts Club Band in 1967.

“We’ve all living the the future this album invented,” explained Rolling Stone’s Rob Sheffield last year in a great essay on the album’s contribution to music history.

-Finally, Tommy will shed the chains of the patriarchy with some cuts off Lesley Gore’s Golden Hits, Volume 2.

You probably know Gore from her two 1963 hits: “It’s My Party” (recorded when she was a junior in high school), and “You Don’t Own Me” (of which the Grace cover is receiving quite a bit of TV play via a Toyota commercial). 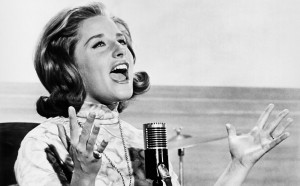 But Gore had quite a long musical career after that, including 11 charted hits from 1965-67, which are featured on this album. Most notable is “California Nights”.

Gore went on to perform on the T.A.M.I. Show concert film, guest starred as one of Catwoman’s minions on the Batman series, and then to compose music, including the soundtrack for Fame in 1980, before her death in 2015.