Why is it the most passionate music seems to emanate from fingertips and lips of the dying?

We saw it with Warren Zevon’s Grammy-winning final album, The Wind, released just two weeks before he succumbed to mesothelioma in 2003 and again last year with David Bowie’s multi-Grammy-winning Black Star, which dropped just two days before his own death to liver cancer. 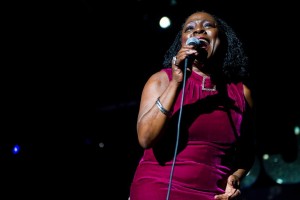 “If those haunted with that knowledge seem cursed, in another way they’re privileged,” writes The Guardian’s Jim Farber in an accounting of this phenomenon earlier in November. “They have the rare chance to write their own eulogies, to make a statement that gives their final days shape.”

Now, unfortunately – or fortunately? – we can add Sharon Jones to the list.

The soul singer, who died of pancreatic cancer in 2016, is making headlines again this week with the release of her own posthumous album, Soul of a Woman.

The follow-up to 2014’s Grammy-nominated Give the People What They Want, this new collection was recorded with longtime collaborators the Dap-Kings after Jones learned her cancer had returned from its brief remission into a more aggressive – and ultimately, fatal – new form.

The album was clearly to be her last.

And yet despite this, Jones still managed to tap into the exhilaration and stage-presence she was known for – putting together not a somber collection but an uptempo, fiery one: 60s-influenced soul, funk and R&B that falls perfectly into the grooves you would expect from a band that spent a decade-plus together in the studio and on the road.

“Under better circumstances, Soul of a Woman would simply be another stellar collection of songs recorded by a band that helped resurrect classic soul during the past 15 years,” writes Rolling Stone’s Jason Newman in last week’s feature piece on the album’s construction.

“Instead, it doubles as Jones’ musical last will and testament, recorded in between chemotherapy sessions while the singer and her acolytes faced the previously unthinkable prospect that this would be Jones’ final album.”

And yes, Alanya is going to get all of Missoula up outta their chairs when she throws it onto the Trail turntable as part of this week’s Vinally Friday.

We hope you tune in. 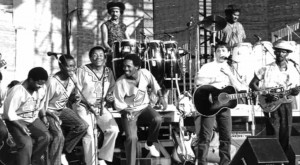 • Craig will kick off the day with a few tracks from Paul Simon‘s seventh solo studio album, Graceland.

Released in 1986, the album was not only a commercial success – it was also a personal one for the singer/songwriter, who had slipped into a slump with a broken marriage and falling album sales.

Simon found resurrection by embracing the sounds and culture of so-called “township music” in South Africa, which brought new, eclectic beats and personality to his work. Ultimately it became his most successful album ever, winning the Grammy for “Album of the Year” in 1987 and selling more than 16 million copies worldwide.

Released in 1975, the album marked significant maturity for the New Jersey singer/songwriter – not only lyrically and musically, but in recording practices as well. 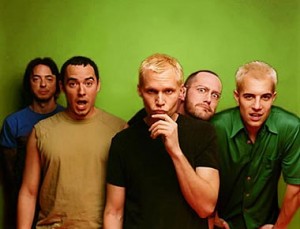 Springsteen moved away from what he called his “adolescent” approach to songwriting in order to reach a broader audience, and the album’s two singles – “Born to Run” and “Tenth Avenue Freeze-Out” – made him an breakout radio hero that would last for decades to come.

For more context on the album and it’s importance to the mid-1970s rock scene, check out this amazing feature from The Atlantic’s Joshua Zeitz.

• Finally, Tommy will shut ‘er down with a few spins of 311‘s sixth studio album, From Chaos.

Released in 2001, the album marked the band’s first with their new label, Volcano Entertainment, and included their most popular single to date, “Amber.”

The Omaha band had already rose to commercial popularity and come out on the other side, so the new viability (From Chaos peaked at 10 on the Billboard 200) was certainly welcome – and they’ve managed to stay relevant ever since.

“From Chaos astonishes and impresses with considerable energy and focus, proving itself as the album 311 has always been capable of making,” wrote AllMusic critic Jacob N. Lunders.

Big thanks to Broadway Bar & Grill, Ear Candy Music and Bayern Brewing for keeping the records spinning week after week!