There’s several words so overused – so misused – in popular culture that they’ve been watered down to near meaninglessness.

Chief among them – “revolution”.

Tomorrow, a new president will be sworn into the White House. From young to black, Democratic to Republican, Black to white … Where does that rank on the revolution scale? 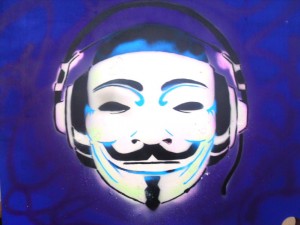 Here’s a more challenging question: What is the difference between the cultural shift of the 1960s and the Trumpian insurgence of today, except the winners are now losers and the losers are now winners?

At least one thing remains the same: We aren’t convinced that anything will change until the dust settles. Hindsight, as they say, is always 20/20.

Actually, there’s something else that remains consistent between that “revolution” and this one: Music still has an uncanny way of cutting through the bull. The ironic twist: Then, music was sounded to magnify the artist’s support. At tomorrow’s inauguration, music will be silenced to support the artist’s opposition.

But not on the Trail 103.3. Here, we’re proud to sing loud no matter what’s going on out there. And that’s exactly what we’ll do tomorrow for our regularly scheduled Vinally Friday program. Call it the original revolution, turntable-style.

-Craig will make his call-back to the upheaval of the early 1960s explicit with a few good spins of Bob Dylan’s third studio album, The Times They Are a-Changin’.

Recorded over six sessions in 1963 and released just after the assassination of JFK, Dylan said this album – and it’s title track – were his deliberate attempt to create an anthem of change for the ’60s movement.

The track was one of four Dylan songs named to Rolling Stone Magazine’s list of the 10 best protest songs of all time; the album – which also includes themes on blue-collar strife, racial discrimination and religious hypocrisy – was named last year to NME’s list 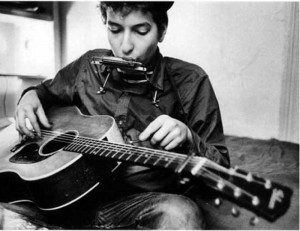 of the 20 best folk music albums of all time.

If you’re not into lists, check out this amazingly detailed historical analysis of the song HERE.

-Alanya will move us forward an era to the 1970s and a decidedly non-political album from the Rolling Stones.

Made in the Shade was the band’s first compilation under Atlantic Records. It was released in 1975 during a period of guitarist transition from Mick Taylor to Ron Wood and during a break in recording for 1976’s Black and Blue.

-Robert pushed the envelope a bit two weeks ago with a few tracks from Yes’ 1971 classic, Fragile. And our listeners liked it. In fact, never before have we received so much listener feedback for a vinyl selection.

So, true to his nature, Robert will push even further this week with The Dixie Dregs and their instrumental jazz fusion soundtrack, What If.

They are classified as ‘jazz fusion’ because of their complicated forms, jazz-influenced improvisation and heavy rock attitude.

“(But) the Dixie Dregs transcend these genre limitations so well that they might as well be performing in a different idiom,” wrote critic Daniel Gioffre in his album review for AllMusic. “This is music without labels – emotional and logical at the same time, passionately played, and immaculately conceived.” 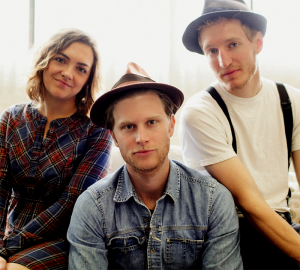 -Tommy will wrap up the day with the Lumineers’ second studio album, Cleopatra.

They reached international superstardom with their first single, “Hey Ho”, but the Lumineers toned down the stomp for their sophomore effort. Since its April 2016 release, the album has garnered three singles – “Ophelia”, “Cleopatra” and “Angela”.

“Cleopatra is rocky in places, but there’s a lot that’s encouraging,” wrote Wren Graves in a review for Consequence of Sound. “Mostly, it feels like The Lumineers are talented songwriters, wary of repeating themselves, who know what they want to say, and are still figuring out how to say it.”

Finally, it’s Friday – it’s Vinally Friday, only on the Trail 103.3! Thanks for listening!