In what had increasingly become a macho genre dominated by loud guitar and political sneers, The Buzzcocks made an unusual presence on the scene. Starting with their first public appearance opening for the Sex Pistols in 1976, the English band was determined to carve a niche for themselves. 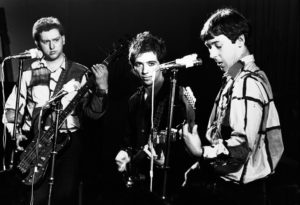 This included both production and sales – they crowdfunded their first album – as well as musical and lyrical approach. When punk headed off in New Wave directions, they stayed the path. When sex was the only thing that mattered, the Buzzcocks focused instead on romance.

Last week, Pete Shelley, the mastermind behind the band’s four-decades plus of pioneering in the art of punk, passed away of a heart attack at the age of 63.

This week, Robert has brought in his extra special signed copy of the band’s third studio release for a few spins on the Trail turntable.

A Different Kind of Tension, released in 1976, was the Buzzcocks’ first record to crack the U.S. charts. Naming it the finale of the band’s first phase, All Music contributor Ned Raggett praised Tension for it “invigorating blast of, indeed, tension and angst.” Check out that full review HERE, and learn more about Shelley, his beloved band and the way they shaped music in this New York Times obituary.

• Craig will kick off the day with the best-selling album from his favorite band, The Rolling Stones.

Released in 1978, Some Girls went immediately to No. 1 and remains to this day the only Stones album to earn a nomination for Album of the Year at the Grammy Awards.

Some Girls – which features the singles “Beat of Burden,” “Miss You” and “Shattered” – is most remarkable as the band’s return to glory after four years of personal and commercial speed bumps. Perhaps the album’s success was due to the band’s willingness to not only embrace the rising disco/dance fervor of the mid-1970s, but to add to it their own unique rock ‘n’ roll stamp. 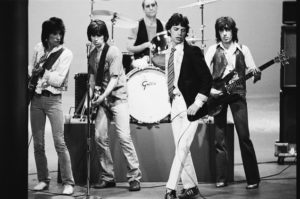 Check out this 40 year retrospective of the Rolling Stones’ “last perfect album” HERE.

• Alanya will fast forward a full decade to wrap up the day with Paul Simon‘s seventh studio release, Graceland.

Like Some Girls, the 1986 collection – which remains Simon’s signature album – marked a return to form after several years of commercial slump for the folk-rock singer/songwriter. But instead of embracing the popular music of the times, Simon went out on a limb to incorporate the sounds and cultures of South Africa’s “township music”.

And his wasn’t just nominated for Album of the Year – it won it, since selling more than 16 million copies worldwide.