They criticized her for being too contemporary, too pop.

And so Emmylou Harris, at the height of her success, delved deep into traditional country music.

The result? 1979’s Blue Kentucky Girl, which won the singer/songwriter a Grammy and was later ranked ranked No. 20 on CMT’s 40 Greatest Albums in Country Music.

Craig will kick off this week’s Vinally Friday sessions with a few good spins of this classic.

A highlight – and believe us, there’s a lot of them on this record – is Harris’ collaboration with Dolly Parton and Linda Ronstadt. “Even Cowgirls Get the Blues” was one of just a handful of tracks these three recorded together in 1978.

-Alanya will follow up with the Grateful Dead’s 1971 eponymous live album, known generally by the name “Skull and Roses” due to its iconic cover art.

The album, which marked the Dead’s seventh studio release, is compiled from performances throughout the spring of 1971 and includes covers of several popular hits, including Janis Joplin, Buddy Holly, Chuck Berry and Merle Haggard.

-Robert will celebrate the 10th anniversary of the Beatles’ 2006 release, Love.

Produced by George Martin as the soundtrack to the Cirque du Soleil show of the same name, Love contains elements of 130 individual Beatles songs mixed and mashed into 26 distinctive tracks. 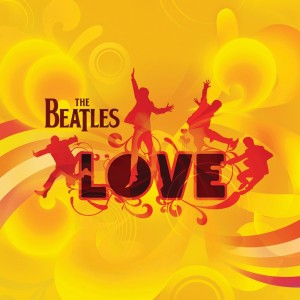 “Love doesn’t drastically reimagine The Beatles’ music, but rather pieces together fragments of songs that don’t seem an ideal match – ‘A Hard Day’s night’ and ‘Get Back,’ for example,” wrote a reviewer for Slant Magazine. “(It) topples the barriers of time, rendering The Beatles as a fluid musical entity, a group whose compositions
float in and out of one another to often thrilling, phantasmagoric effect.”

Check out a comprehensive list of how each of the different elements were brought together on the album’s Wikipedia page.

-Finally, Tommy will wrap up the day with a live collaboration between English rock group Procol Harum and the Edmonton Symphony Orchestra.

It also earns the distinction as the first-ever recording with a symphony orchestra to go “gold” for record sales – and subsequently, the first to go “platinum” as well.

For background on how this concert – and album – came together, check out this detailed narrative from the Edmonton Symphony website.