But seriously, it’s true. Robert Chase doesn’t just spin the vinyl, he also narrates its historical context – the significance of both the artist as well as the production.

On tomorrow’s edition of Vinally Friday, he’ll do it again by celebrating not just Neil Young’s 71st birthday (Saturday) but also the release this fall of four celebrated Young albums that have been out of print for decades. 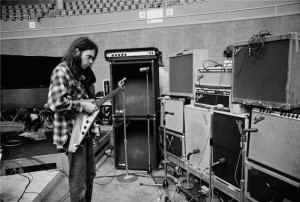 Tomorrow he’ll continue it with 1974’s On the Beach.

Young’s fifth studio album was not even available on compact disc until 2003; as of September, its among four post-Harvest records to be remastered and reissued on heavyweight vinyl.

Beach was hardly a commercial success. In fact, Young himself described it to Rolling Stone as “one of the most depressing records I’ve ever made.”

But the album, which features Levon Helm and Rick Danko of The Band, has since become a cult favorite among Young fans – landing at #65 on Pitchfork Media’s ranking of the ‘Top 100 Albums of the 1970s.’

Robert will give you a chance to decide for yourself – and honor another year of life for Young – with a few good spins of the now-classic tomorrow afternoon. 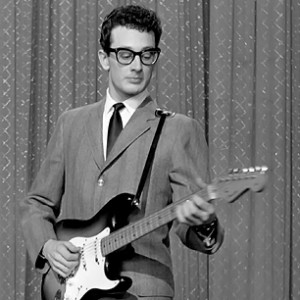 -Craig will kick off the day with Buddy Holly & The Crickets’ 20 Golden Greats (also known as Buddy Holly Lives).

Released in 1978 and now no longer in print, the album was ranked No. 92 on Rolling Stone’s list of The 500 Greatest Albums of All Time.

On her Sunday drive home she and her husband took the long way home, and her selection is inspired by that adventure:

“Listened to lots of Clapton as we drove through the beautiful fall colors with breathtaking views of the Columbia Gorge,” she writes. “So this week I will feature Eric Clapton, Just One Night.”

Released in 1980, the double live album is perhaps his most celebrated as a solo artist. It reached No. 2 on the American charts.

Check out this video of Cocaine taken from the same tour:

-Tommy, too, was out on Friday – but he didn’t have an adventure to blame. No, poor Tommy was sick. And so this week, he’ll feature the album originally scheduled for last: MGMT’s debut release, Oracular Spectaculre.

We told you a little about this album in last week’s write-up, so we’ll spare you details this time around. But if you’d like to know more, check out the NME‘s write-up from when the publication named Oracular ‘Album of the Year’ in 2008.