Critics tore into them for ripping off pop bands past.

But it turns out the Smithereens were really ripping off pretty much the entire ’90s rock scene with their crunchy, mod-inspired soundtrack to the mid-1980s.

The New Jersey rock band has unabashedly paid sonic tribute to their biggest influences – Buddy Holly, Elvis Costello, the Clash – over the course of its 37 years as a band. But it’s hard to point fingers when thee never denied it – and especially in retrospect, when we see they were among the pioneers of the entire alternative movement. 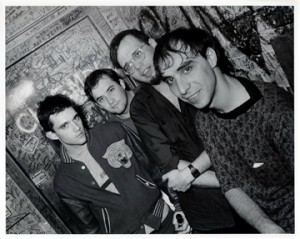 In fact, Kurt Cobain himself once named them as among his greatest influences. So take that, authenticity police!

This week on Vinally Friday, Mike – filling in for Craig – takes us back to where it all started with a few spins of the band’s 1986 studio debut, Especially For You.

The band gained nationwide exposure when the album’s most notorious single, “Blood and Roses,” was featured prominently on the soundtrack for the action flick Dangerously Close.

Especially for You “marries an unapologetically nostalgic affection for the melodic crunch of the British Invasion era with an equally unapologetic helping of postmodern melancholia,” writes AllMusic critic Jackson Ankeny.

It would top out at No. 14 on Billboard’s Mainstream Rock chart, and “Blood and Roses” would be named among the top singles of the year in The Village Voice’s annual recap.

Despite a significant slowdown in public awareness, especially after bassist Mike Mesaros left in 2006, the band is still going strong. In fact, Mesaros rejoined his compadres for a few dates last year and early this year – and rumor has it they’re working on a new LP.

• Alanya will preview next week’s The Devil Makes Three concert with a few of her favorite tracks from among several of their five full-length releases.

Wednesday’s show will mark the Americana trio’s second stop in Missoula in as many years and comes amid an extensive North American tour that will continue through February (albeit with a short break through December). 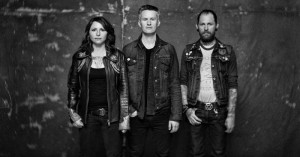 • And Robert is out this Friday, so Tommy will play sweeper with a record by one of his favorite band’s of all time, Cage the Elephant.

How do we know Cage is his BBF? How about the fact that this is the third time – and twice this year – that he’s featured their third studio album, Melophobia, on Vinally Friday.

The Kentucky-bred band was in the news recently for putting their spin on the late Tom Petty classic “Mary Jane’s Last Dance”; they were also recently named co-headliners, along with Beck, Mumford and Sons, The National and Spoon, at January’s iHeartRadio ALTerEGO concert in Los Angeles.