• We hadn’t heard of either one of them, but apparently it’s a big deal that Dave Alvin and Jimmie Dale Gilmore have collaborated at long last.

The former is the founding guitarist for ’80s roots-rock band, The Blasters; the latter is a West Texas country pioneer, formerly of The Flatlanders. 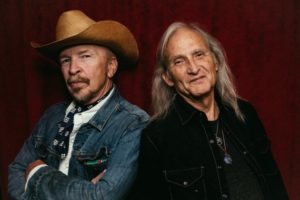 Alvin and Dale co-headlined a tour together way back in 2017 – and apparently they got along well enough that they decided to preserve the partnership on a studio album. The mostly-covers collection is titled Downey to Lubbock, it dropped this past June, and Craig will open another wonderful Friday morning with a few cuts off his vinyl copy.

Not sold yet? Here’s a note of affirmation from American Songwriter’s Hal Horowitz: “These guys are road-hardened troubadours who know the once-endless highway is going to soon end but are determined to keep the faith. They do that beautifully on this studio alliance.”

• Devil Makes Three is making their seemingly annual visit to Missoula Friday night, and so Alanya will get us hyped for the show with not one but TWO spins from their collection of studio releases.

Released in 2013, I’m a Stranger Here was the Santa Cruz trio’s breakthrough studio album; however, it should be noted, the band officially “broke through” with their live album Stomp and Smash from two years prior. And then she’s got the follow-up, Redemption & Ruin, a cover album stacked half with songs of, well, redemption (the other half would be the “ruin” part).

If great, genre-blending bluegrass and Americana isn’t enticement enough, how about we throw in a ticket giveaway? Yep – tune in starting at 10am for your chance to win a pair of tickets to the Friday night DM3 show!

• We premiered the first single off Echo & the Bunnymen’s newest release back in October; this week Robert will showcase a few more tracks off The Stars, The Oceans & The Moon.

Released in October, and featuring the work of founding members Ian McCulloch and Will Sergeant – Stars, Oceans, Moon marks the band’s 13th overall studio release and first in four years. It’s built around a baker’s dozen of reworked classics from across the breadth of their 40-year career plus the additional of two entirely new recordings. 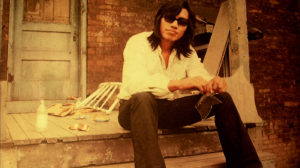 • Tommy will close us down with a few spins off the now-classic debut release from Rodriguez, Cold Fact.

Who is Rodriguez? Well obviously you haven’t spent enough time getting cultured to the fine musical tastes of the South Africans and Australians. The Detroit rocker was mostly an unknown in the US but had such a cult following in those two countries (the 1970 release went platinum five times in Aussie alone) that he was finally – surprisingly – outed as an international superstar in the late 1990s.

Intrigued? You should be. We encourage you to catch up on the story by watching the 2012 documentary, “Searching for Sugar Man.”

In the meantime, Tommy is bringing in the legendary album for a few spins and we can’t wait to see what the hype is all about!

Catch the rest of that review HERE