We’re less impressed with the number of hits than we are with the sheer breadth of his career.

We’re talking, of course, about Tom Petty, who passed away earlier this week.

Despite never having actually owned any Petty music, we were abundantly aware of how many singles he had released over the years. In fact, we could probably rattle off a dozen Top 10 hits right now without giving it much thought.

Furthermore, we were abundantly aware of the dedicated of his fanbase.

Each of our friends, it seemed, had a different Petty track that marks his “greatest of all time.” Some were less concerned with the tracks than with the videos and Petty’s place in pop culture: Petty as Mad Hatter, for instance. His recurring character in “King of the Hill”. 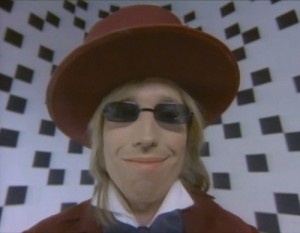 Or that time Tom Cruise belted out “Free Fallin'” while kareening down the interstate.

But after news broke of his passing on Monday, we took some time to revisit his discography and were shocked at quickly his career took off and how long he stayed relevant.

Shortly after his first band dissolved, Petty formed the collaborative group forever known as the Hearbreakers – and their first album brought about their first hits, 1977’s “Breakdown” and its follow-up, “American Girl”.

Then “I Need to Know” and “Listen to Her Heart” on Album No. 2, which cracked the Top 40. And then “Don’t Do Me Like That,” “Here Comes My Girl” and “Refugee” on his platinum-selling third album.

All that in his first three years on the scene.

Fast forward to today and you’ve got another 10 band albums, three additional solo albums and – get this – another 63 singles.

Sure, you don’t know ’em all. But you know most of them.

For tomorrow’s edition of Vinally Friday, Tommy will give us a quick tour of Petty’s long-lasting career of making classic rock hits with a few spins of his 1993 Greatest Hits album.

Certified 12 times platinum by the RIAA, Greatest Hits is Petty and crew’s best selling album and includes, in chronological order, his most popular hits from all nine of his albums to that point with the exception of 1987’s Let Me Up.

The earliest track is the aforementioned “American Girl.” The latest were two tracks that weren’t previously released on an album – “Mary Jane’s Last Dance,” which went on to become one of his better-selling hits, and the Thunderclap Newman cover, “Something in the Air.”

Tune in and you, too, may be surprised by your familiarity.

-Tommy will wrap up with his collection of hits, but Craig, too, will honor Petty’s passing with a few spins of one of his debut solo album, 1989’s Full Moon Fever.

This one spawned seven singles, four of them cracking the No. 1 spot on the US rock charts and one of them. Three of them – “I Won’t Back Down”, ” Runnin’ Down a Dream” and “Free Fallin'” – made it onto the full band’s 1993 Greatest Hits collection. 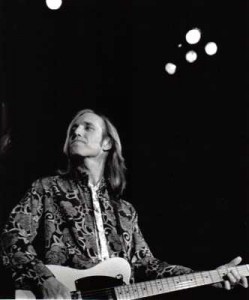 Full Moon Fever also features guest appearances by Roy Orbison, who died before its release, and George Harrison – both Petty bandmates with the Traveling Wilbury’s.

-Alanya will dip back into an album she previously featured on Vinally Friday back in June – Bonnie Raitt‘s Takin’ My Time.

Released in 1973, Takin’ My Time marked the blues singer/songwriter’s third studio album – and signified what was to become 15 or so years down the road for another legend of rock.

After their first album was a flop it took quite a bit of coaxing to get the label on board for a second, but the decision to relent turned out to be a good one – as the band would become a mainstay of 1970s rock.

The album, which marked the last to include original band bassist Roy Estrada, is described by Ultimate Classic Rock as “an an 11-song track listing that nimbly walked the line between cockeyed caucasian blues and radio-friendly rock ‘n’ roll.”