He was actually born on a plantation nearby. But he called the small town home nevertheless, and he gave it a sweet nod for his 18th studio album, Indianola Mississippi Seeds. 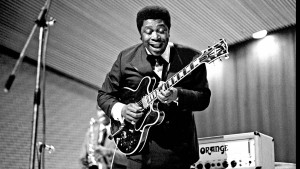 studio albums out before the ’70s even hit), the blues-rock crossover album was King’s attempt to boost further his newfound fame by adding several well respected musicians into the mix: Leon Russell, Carole King and Joe Walsh, among others – musicians “sensitive to (King’s) genius at work,” explained Gary Von Tersch in Rolling Stone‘s original album review.

Craig will feature a few tracks off the classic album all morning for this week’s Vinally Friday.

-Alanya will dish out some live Bob Marley & The Wailers from their 1978 Kaya tour. Regarded as one of the most influential live reggae albums of all time, Babylon By Bus features tracks taken from three nights in Paris.

If you need a little help imagining what this tour might have looked like, check out this amazing video of the band’s One Love Peace Concert, performed that same year in Kingston, Jamaica. 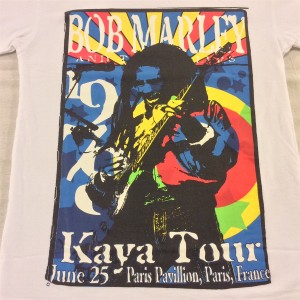 -Mike is filling in for Robert this week, and he’ll spin some finger-lickin’ good tracks from American guitar virtuoso Leo Ko
ttke. The Best, released in 1976, was Kottke’s first “Greatest Hits” compilation and features a perfect blend of acoustic, electric, live and singing tracks – “an ideal introduction for new listeners,” as the one critic wrote in a 1996 review for Dirty Linen.

Check out some of Kottke’s guitar-slangin’ in this early 1970s live performance video of “Vaseline Machine Gun”.

-Finally, Tommy will close out the week with a nod to one of music’s most influential singer
s and performers of all time: Bing Crosby. Crosby, who died Oct. 14, 1977, is considered the best-selling recording artist of the 20th century, with over one billion records, tapes, CDs and digital downloads sold.

And he sang a damn good Christmas tune.

Check out this short New York Times bio HERE, and then sit back and enjoy the music.